POLL: Would you welcome another General Election in the coming weeks?

This Friday will mark two months since the General Election, and we appear to be no closer to seeing a new government.

Almost two months since the country went to the polls, the possibility of another general election remains on the landscape despite reports the Fianna Fáil have finally agreed to a minority Fine Gael government.

Talks between the two parties ended on Monday night without progress. However, on Tuesday, it emerged that a compromise had been reached whereby Fine Gael are prepared to suspend the charges for a period of time. 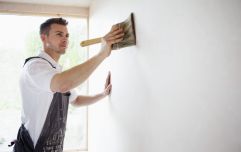 END_OF_DOCUMENT_TOKEN_TO_BE_REPLACED

This, despite Fianna Fáil leader Micheál Martin's claims that he is not afraid to go to the country in an election over water charges.

A tweet from journalist Hugh O'Connell of the Sunday Business Post on Tuesday showed that two-thirds of people believe that a new ballot is on the cards.

As well as the water charges issue, there was a lot of frustration on Tuesday afternoon at a poor showing in Dáil Éireann for a discussion on Minister for Health Leo Varadkar proposal to remove €12m from this year's budget that had been set aside to alleviate mental health issues.

With many of the country's leading politicians distracted by the uncertainty of who will lead the country over the coming years, we're asking if you would welcome the chance to go to your local polling station once more.

popular
Government advising schools and third level institutions to close in counties with orange or red weather warnings ahead of Storm Barra
Landscapers is the ultimate true-crime murder mystery show
"Danger to life" risk with Storm Barra "weather bomb", warns Met Éireann
Carlow woman banned from keeping animals for life after starving dogs to death
An underseen Keanu Reeves adventure is among the movies on TV tonight
Man dies after being attacked by newly calved cow in Mayo
Daniel Craig's best pre-James Bond film is among the movies on TV tonight
You may also like
4 months ago
POLL: Which side are you on in this Irish head-to-head battle?
6 months ago
Sinn Féin is the most popular political party in Ireland, according to new poll
2 years ago
Exit poll finds two-thirds of voters would vote in favour of a united Ireland
2 years ago
Leo Varadkar approval rating as Taoiseach drops to its lowest level, new poll reveals
2 years ago
Ryanair respond to being voted "worst airline" for the sixth year in a row
2 years ago
Ireland's favourite Christmas movie of all time has been revealed
Next Page