Pot smoker talks about needing a spliff on Twitter, gets owned by Canadian Police Department

If you’re in need of a spliff, Twitter is hardly the best place to ask for it, as one Canadian pot smoker found out to his cost earlier this week.

People have been making stupid and ill-advised comments on Twitter more or less since it has existed but making a request for drug dealers to come to a specific location so that you could be hooked up with some ‘merchandise’ must rank up with one of the most foolish tweets ever posted.

That’s what one Twitter user in the town of Vaughan in Ontario, Canada posted earlier this week, not the shrewdest of moves as it was quickly picked up by the local police department, whose response to the original tweet was quite brilliant considering it came from a law enforcement body.

Awesome! Can we come too? MT @Sunith_DB8R Any dealers in Vaughan wanna make a 20sac chop? Come to Keele/Langstaff Mr. Lube, need a spliff.

If you shouted on a busy street corner about illegal activity & we drove by, we’d intervene. Think of Twitter as a virtual street corner. 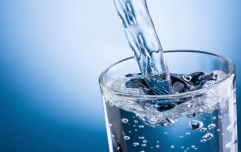 Tweet of the day: There's a beautifully succinct dig at Irish Water in the Irish Times today

END_OF_DOCUMENT_TOKEN_TO_BE_REPLACED

The York Regional Police followed up on that tweet with a warning about the dangers of talking about illegal activity on a forum as public as Twitter (see above) and while evidence suggests that they are pretty light-hearted and amusing in their social media activity, they also did their job as they contacted the employers of the guy who posted the original tweet, who was promptly sacked shortly afterwards.

Well, you know what they say, post a message about trying to meet drug dealers on Twitter… you’re probably going to get fired.

popular
Netflix has just added 23 very big movies to its library
The JOE Friday Pub Quiz: Week 308
The 50 most iconic songs of all time* have been revealed
Controversial influencer Andrew Tate banned from Instagram and Facebook
People think they've figured out the ranking of the viewers on your Instagram Stories
Pilots fly over destination airport at 37,000 feet because they were both sleeping
Two Irish people arrested in "smuggling event" near Miami
You may also like
7 years ago
Pic: Brian O'Driscoll's first piece of advice for his new son Billy is spot on
7 years ago
Vine: Cian Healy recalls the time he bulldozed Richie McCaw in a very appropriate response to a Conor McGregor tweet
7 years ago
We shouldn’t be getting a kick out of Michael Owen’s miserable travel experiences this morning, but we are
7 years ago
Pic: Eoin Liston’s picture of the 1981 Kerry team on holiday is something else
7 years ago
40 years on from 'Rumble in the Jungle' George Foreman has this brilliant message for Muhammad Ali
7 years ago
Pic: Ronan O’Gara couldn’t be less enthusiastic about hawking off this crappy Racing Metro merchandise
Next Page