Chief Executive of the Restaurant Association of Ireland Adrian Cummins has hit out at the Government's proposed plan to allow hospitality to reopen exclusively for vaccinated cohorts.

Speaking on Virgin Media's The Tonight Show on Tuesday, Cummins described the suggestion as both "discriminatory" and "ageist".

END_OF_DOCUMENT_TOKEN_TO_BE_REPLACED

"Well, it's divisive - it divides communities, families, people going out, and it is ageism also," he said.

"We believe it is very discriminatory - also we would like to see a report on whether this is legally binding because of the equality act."

Speaking at a press conference on Tuesday, Taoiseach Micheál Martin confirmed that the reopening of indoor dining could come sooner for people who are vaccinated as a new system to prove people have received the jab is currently being drawn up.

When asked if there was a possibility that other indoor activities that recently reopened such as cinemas, hair salons, and non-essential retail also using the system, Martin didn't rule out the option, adding that they will "work with the sectors".

"We will examine now the advice as we've received in respect of that from the National Public Health Emergency Team (NPHET)," he said.

"We have to work through it."

The recommendation would see many young people excluded from indoor activities over the coming months as people in their 20s are not set to receive both Covid-19 jabs until September. 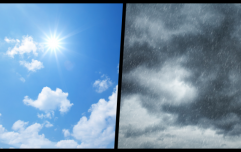 END_OF_DOCUMENT_TOKEN_TO_BE_REPLACED

Leo Varadkar added that the Government only planned to use the green cert for international travel and not domestic services, saying that the new advice is "a big and difficult change".

"The alternative is to keep these facilities closed until we reach herd immunity and we can't say when that is. So this might just be the right way forward," he said.

Varadkar added that the new advice is "not undoable", however, it does have "consequences" and could be "decisive".

The Big Reviewski || JOE · The Big Reviewski with Dune, a mini-Hangover reunion & the best of Timothée Chalamet
popular
One of the best thrillers of the decade is among the movies on TV tonight
"Like a whip" – director describes fatal shooting on Alec Baldwin film set
QUIZ: Get the ball rolling with this General Knowledge Quiz
The JOE Movie Quiz: Week 125
The full list of all the new shows and movies coming to Netflix in November
A brilliant, under-seen Graham Taylor documentary is on TV tonight
The JOE Friday Pub Quiz: Week 266
You may also like
11 hours ago
Gardaí investigating following motorcycle hit and run in Dublin
2 days ago
HSE boss anticipates "one of the worst winters we’ve faced in many years"
2 days ago
The rest of the bank holiday weekend weather looks a bit rough
2 days ago
Taoiseach calls on public to "behave" in order to avoid Covid surge
2 days ago
New appeal over Philip Cairns case on 35th anniversary of his disappearance
2 days ago
WATCH: Massive queues in Dublin as nightclubs finally reopen
Next Page