Here are the richest people in Ireland for 2019

A record year for Ireland's richest.

It's the kind of rundown that can only really upset you.

Unless you're on it, of course.

END_OF_DOCUMENT_TOKEN_TO_BE_REPLACED

We'd take the relegation zone places, to be quite honest.

Alas, we press on, craning our necks at the most financially elite individuals in Ireland as the 2019 Sunday Times Rich List comes into focus.

The 32-page pullout surveys the wealth of the 300 richest individuals and families in the country, focusing on a variety of avenues including entertainment, sport, business, technology and construction.

Overall, the combined wealth of those present amounts to €87 billion, an increase of more than 10% on last year's total and a record year for Ireland's most extravagant.

So, who made the cut, then?

For the 11th year in a row, the Weston family can call themselves the most well-off folks in Ireland with a bank balance of €11.932 billion thanks to their retail efforts.

END_OF_DOCUMENT_TOKEN_TO_BE_REPLACED

Their business includes Brown Thomas, Selfridges and Penneys (aka Primark), the last of which alone employs 70,000 workers across 10 European countries and in the US, with 2018 seeing it open its first stores in Slovenia, Poland and Slovakia, contributing to a €512m increase in the Weston family’s wealth.

Elsewhere, tech billionaire brothers Patrick and John Collison of Stripe fame take second place on a cool €5 billion, a far cry from their Rich List debut of €59 million in 2013.

Third spot goes to John Dorrance, who is a non-mover on €2.6 billion.

Check out the top 10 below. 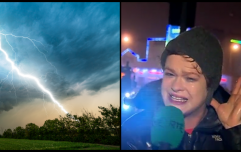 END_OF_DOCUMENT_TOKEN_TO_BE_REPLACED

8. The Dunne and Heffernan families - €1.784 billion (Retailing and property)

As previously reported, U2 take top honours in the entertainment bracket, on a list that also features Enya, Liam Neeson, Pierce Brosnan and Niall Horan.