He said the measures will be introduced as part of the EU Digital Green Certificate.

Children's Minister Roderic O’Gorman has confirmed that children over six will need to take a PCR test when travelling abroad over the coming months.

Under the proposals, children aged seven and up who have not yet been vaccinated must produce a negative Covid-19 test if holidaying abroad once international travel reopens. 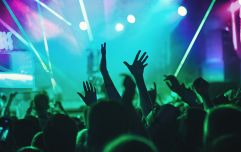 END_OF_DOCUMENT_TOKEN_TO_BE_REPLACED

On Newstalk Breakfast on Tuesday, Children’s Minister Roderic O’Gorman said that children aged seven and older will need to take a test under measures set to be introduced as part of the EU Digital Green Certificate.

“I understand the EU is setting an age limit of six, and below six the PCR test won’t need to be taken - but over six it will," he said.

“This is part of the digital Covid certificate, to allow greater movement among the 27 EU member states. I think that’s going to be a really positive step.”

It is still unknown whether Irish holidaymakers will have to exclusively pay for private testing or if they will be allowed get tested at walk-in centres.

The government has also said that each family will be responsible for paying for their own necessary PCR tests if walk-in centres are ruled out.

“My understanding is the HSE facilities [here] will constitute a PCR test that’s acceptable within the EU green cert.” 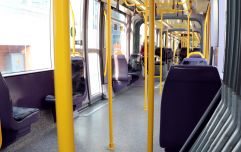 Female pedestrian seriously injured after being hit by Luas

END_OF_DOCUMENT_TOKEN_TO_BE_REPLACED

Under dates confirmed last week by Taoiseach Micheál Martin as part of a gradual further lifting of restrictions on a phased basis throughout the summer months, international travel is set to be allowed to return by 19 July.

However, earlier this week Tánaiste Leo Varadkar said that the elements of society that are due to open in July won't get a "final green light" from government until the end of June.

Speaking to RTÉ’s This Week, the Tánaiste said while the June reopening is definitely happening, the Government will need to monitor the epidemiological situation before making a decision on July and the following months.

“At the end of June we will assess the epidemiological situation again before giving the final green light, if you’d like, for July,” said Varadkar.

The Tánaiste said that the government will be looking at hospitalisations, case numbers, emerging variants such as the Indian variant, and the progress of the vaccination programme before giving the go-ahead for the July reopening.