Scammers dressed as An Post employees are targeting the elderly, Gardaí warn

Gardaí in Donegal have warned that scammers dressed as An Post employees are targeting elderly people.

A statement from An Garda Síochána says men are posing as An Post officials in an attempt to rob homes.

"We have received reports of males calling to the homes of elderly people over the past number of days claiming to be working with An Post. These men then say that they are there to check any Euro notes at the property.

"These men are targeting the elderly in the hope that they can intimidate and deceive them."

Currently the scammers appear to be operating in Donegal.

Gardaí have appealed to the public to warn their elderly relatives about the scam, and make sure that they have a chain lock fitted to their front door. 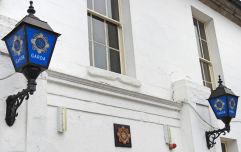 END_OF_DOCUMENT_TOKEN_TO_BE_REPLACED

"All bogus callers should be reported to your local Garda Station and in the event that you do not know the number you can call Letterkenny Garda Station (Divisional Headquarters) on 074-9167100. (24 hours)."


popular
Gardaí arrest woman (40s) in relation to the three children that were found dead in Dublin
Tommy Tiernan's chat with James Leonard about addiction and recovery is genuinely life-changing
The JOE Movie Quiz: Week 38
QUIZ: Name the missing word from these famous Dumb and Dumber quotes
Matthew McConaughey and True Detective creator will re-team on a new murder mystery
The first look at the new season of Better Call Saul edges us ever closer to the Breaking Bad era
QUIZ: Name the missing word from these famous Derry Girls quotes
You may also like
2 weeks ago
Hundreds of cannabis plants worth €400,000 seized in Donegal
3 weeks ago
Gardaí appealing for witnesses following "serious" traffic collision in Donegal
1 month ago
Woman in her 20s dies after car crash in Donegal
1 month ago
A man in his 30s has died following a single vehicle crash in Donegal
1 month ago
Met Éireann issues wind warning for Donegal ahead of nationwide "freezing fog" next week
2 months ago
Man drowns after car slips into water off Donegal pier
Next Page