Of course there's six, we've the most beautiful country in the world...

If you needed anymore proof that Ireland is a beautiful country, you have it right here.

Six Irish sites have been named on Lonely Planet's must-see global destinations alongside some of the most famous sites in the world. 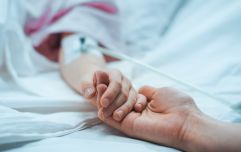 END_OF_DOCUMENT_TOKEN_TO_BE_REPLACED

In a list of the top 500 must-see sites, none of the Irish entries managed to scrape their way into the top 100 but we came very close with the Giant's Causeway in Antrim coming in at 103.

Other Irish sites to make the list were Bru na Boinne, which is the archaeological landscape dominated by the passage tombs of Newgrange, Knowth and Dowth, made 224 on the list while the Cliffs of Moher in Clare manage to place 378.

The Titanic Belfast visitor centre make the list at 424 despite only being open for three years, which is a remarkable achievement for the centre.

Finally, the last two Irish sites to make the list were Trinity College, Dublin (468) and the Rock Of Cashel in Tipperary (497).

Hat-tip to the Irish Mirror.

popular
Budget 2023: Cigarettes going up, energy credits announced, child and social welfare increases confirmed
Two new 24-hour bus services are coming to Dublin
An action horror classic is among the movies on TV tonight
CONFIRMED: Renters to benefit from €500 tax credit as part of Budget 2023
An underseen disaster film is among the movies on TV tonight
Female child and woman in critical condition after incident in Clare
Amazon Prime Video has just added 10 big movies to its library
You may also like
1 week ago
QUIZ: Name the counties where these Irish towns are located
3 weeks ago
Take a Hike: Galtymore and Cush Mountain Loop
4 weeks ago
New Irish website helps customers find cheapest flights to anywhere in the world
4 weeks ago
Cinemas across Ireland to celebrate National Cinema Day with €4 tickets
1 month ago
QUIZ: Can you name all 32 counties in Ireland in under 4 minutes?
1 month ago
Two new millionaires in Ireland as part of Euromillions "Ireland Only Raffle"
Next Page