The six puppies were concealed among furniture in a van and did not have any of the necessary paperwork or vaccinations.

On Sunday night, six puppies were seized by the DSPCA with the assistance of Revenue Customs Service in Dublin Port.

The six cocker spaniel puppies were concealed among furniture in a van and did not have any of the necessary paperwork or vaccinations.

The puppies are now in good health but at just seven weeks of age should still be with their mother or mothers, according to the DSPCA.

The dogs are in the care of the DSPCA but are part of an ongoing investigation and will not be available for rehoming at this time. 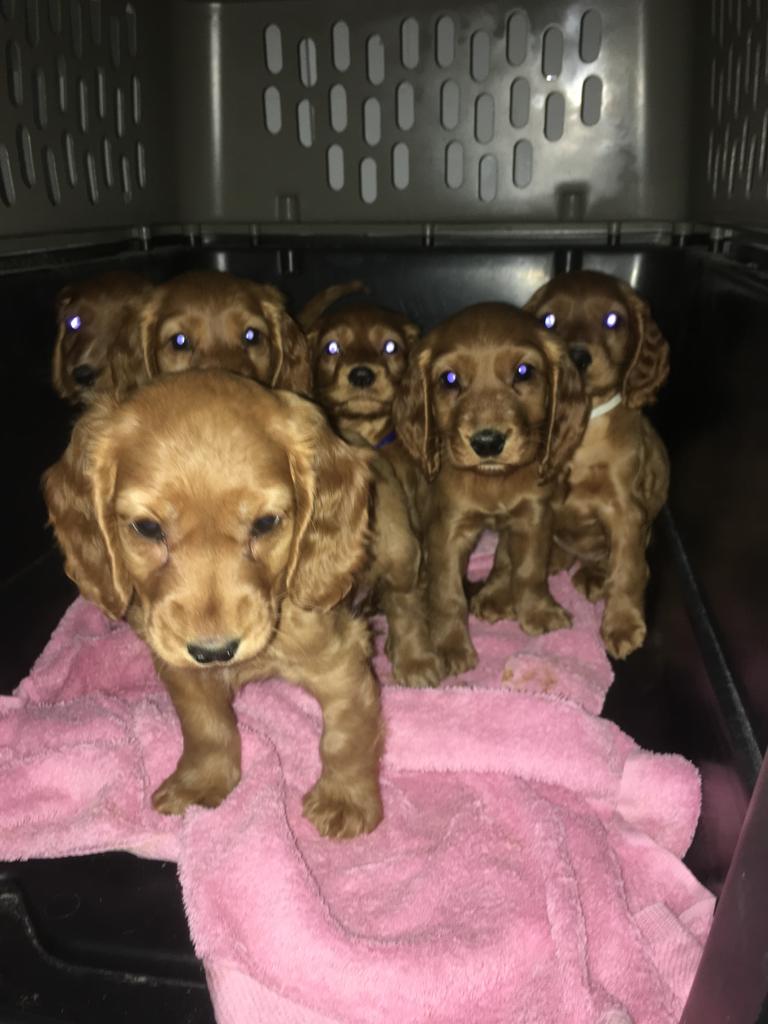 END_OF_DOCUMENT_TOKEN_TO_BE_REPLACED

Please contact DSPCA Inspectors at inspectors@dspca.ie if you have any information.

The DSPCA is founding members of Operation Delphin and together with HMRC, Revenue Commissioners of Ireland and the major SPCA’s in the UK and Ireland who work together to bring an end to the illegal puppy trade.


popular
Singer Duffy reveals she was drugged and raped while being held captive
QUIZ: The devilishly tricky grammar quiz that will drive you around the bend
QUIZ: Can you name the capital cities of these 30 countries? (Part Two)
The 50 most iconic songs of all time* have been revealed
Rallies prove that Sinn Féin are playing the game better than anyone else right now
These are the 10 most popular movies and TV shows on Netflix in Ireland right now
Lonely Planet have created an alternative bucket list for those travelling around Ireland
You may also like
13 hours ago
Three Northern Ireland schools send students home as precautionary measure following Italy trips
19 hours ago
Man stabbed to death in Dublin
21 hours ago
Two separate weather warnings in place as Met Éireann says to expect snow accumulations
1 day ago
Irish citizens advised not to travel to parts of Italy affected by coronavirus
1 day ago
Gardaí warn the public over fake "movie money" in circulation
1 day ago
A 32-year-old man has died following a traffic collision in Kilkenny
Next Page