The country is going to experience all sorts of weather this weekend.

Met Éireann has issued a status yellow snow/ice warning for the Republic of Ireland as the country braces itself for the arrival of Storm Jorge.

A status Yellow snow warning associated with #StormJorge has been issued for Ireland, valid from 7 a.m. this morning until 4 p.m. this afternoon

Wintry showers of hail, sleet and snow are expected to spread eastwards across the country, leading to icy conditions. A more persistent band of rain and sleet will cross the country later in the morning, turning to snow, particularly over counties in the midlands and north of the country and on high ground elsewhere.

Sleet, snow, cold temperatures and strong winds will lead to low visibility and hazardous driving conditions, so if you do have to get behind the wheel on Saturday, be sure to exercise extreme caution.

As of Saturday morning, there are eight weather warnings in place that affect all counties in the Republic of Ireland, illustrating the anticipated impact of Storm Jorge this weekend.

A status red wind warning for Galway and Clare, warning of gusts of up to 145 km/h and an elevated risk of coastal flooding, will be in effect from 1pm to 4pm on Saturday. 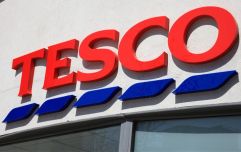 END_OF_DOCUMENT_TOKEN_TO_BE_REPLACED

All other counties will be affected by a status orange wind warning at some point on Saturday afternoon. The west of the country – Mayo, Kerry, Donegal, Leitrim and Sligo - will be hit with gusts of up to 130 km/h, while the strongest winds will only be slightly weaker (max 120 km/h) in all other counties.

Before and after the status orange warning comes into effect in those counties – all counties in Leinster, Cavan, Monaghan, Roscommon, Cork, Limerick, Tipperary and Waterford – a status yellow wind warning will be in effect, from 9am-1pm and from 7pm to midnight on Saturday.

As well as the strong winds, a status yellow rainfall warning will apply to all six counties in Munster, all five counties in Connacht and Donegal until midnight on Saturday night.

Details on all the warnings can be found here.

Conditions are expected to be particularly wild on Irish coasts this weekend, with a status red marine warning also in place and winds anticipated to reach Storm Force 11 (Storm Force 12 is Hurricane Status) at times on Saturday morning and afternoon.


popular
Tesco make changes to their delivery system to favour elderly and in need customers
Here's Week 27 of JOE's 19 in 90 quickfire quiz
Someone in Ireland is €311,413 richer after Wednesday's Lotto draw
QUIZ: Can you name all of these characters from Love/Hate?
Gardaí set up checkpoints on major roads across the country to stop Easter travel
Google announces Stadia Pro is now available free for two months
Trump says WHO "called it wrong" on coronavirus
You may also like
6 hours ago
25 further deaths and 365 new cases of Covid-19 confirmed in Ireland
12 hours ago
Simon Harris urges people to stay home this weekend
13 hours ago
Man in Skerries arrested for assault and possession of knives and a hatchet
16 hours ago
Man in hospital following stabbing in Cork
1 day ago
There's a "Super Pink Moon" tonight, the biggest and brightest moon of 2020
1 day ago
Man arrested in Limerick in relation to 10 incidents or burglary, criminal damage and theft in two-month period
Next Page