Sadly, we don’t know if the unfortunate amphibian survived this brush with a NASA rocket. We fear he may have croaked but we hope he didn’t.

Snapped at the launch of the LADEE spacecraft in Virginia last Friday by one of NASA’s automatic cameras, it shows how a frog somehow managed to be in the wrong place at a very wrong time.

NASA boffins reckon that a pool of water, that is released on launch to cool the engines, may have been the frog’s temporary home, and that’s how became a Kermit-ted member of the space race (sorry). 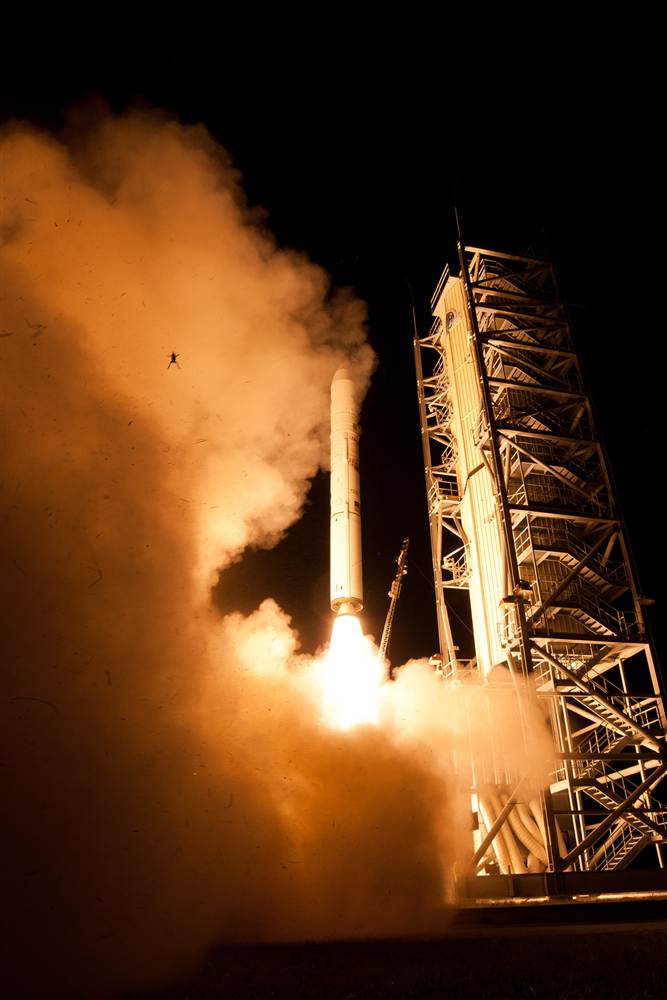 The Big Reviewski || JOE · The Big Reviewski with Dune, a mini-Hangover reunion & the best of Timothée Chalamet
popular
The JOE Friday Pub Quiz: Week 266
Nightclubs are now ticket-only events, according to new measures
Here's the line-up for tonight's episode of The Graham Norton Show
Alec Baldwin expresses "shock and sadness" over fatal film set shooting
Status Yellow warning issued as heavy rainfall and flooding anticipated
Christy Moore has announced 10 nights at Vicar Street starting next month
Hunger strike ends as Nadim Hussain assured he won't be deported
You may also like
3 years ago
PIC: This is why you should always answer your phone when an Irish Mammy rings
4 years ago
PIC: Enda Kenny. On a Dublin Bike. In a vintage Mayo tracksuit. And a backwards cap. That is all.
5 years ago
PIC: You can almost feel this man's pain after his mates forcibly slapped his back
6 years ago
Pic: WWE fan gets GIANT portrait of The Rock tattooed on their leg
7 years ago
Pic: Irishman snaps stunning pic of the Milky Way over Cork
7 years ago
Pic: Steven Gerrard posts a picture of the Liverpool team on the beer in New York
Next Page