In case you missed it, RTÉ Investigates took a closer look at the lives of those people that are still waiting for HSE treatment after spending months, and sometimes years, on the waiting list. 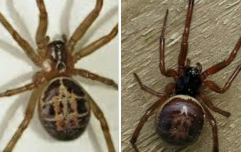 END_OF_DOCUMENT_TOKEN_TO_BE_REPLACED

Liam Woods, the HSE’s National Director for Acute Hospitals, and Gerry Robinson, the man who famously took on Britain’s National Health Service, were also in studio.

In a startling documentary, it was revealed that 535,000 people are now on various hospital waiting lists for appointments / procedures. Sadly, this figure represents an increase of 94,000 people when compared to this time last year.

Given the severity of these figures, plenty of people felt very strongly about the current state of the HSE.

More than 535,000 people are now on hospital waiting lists for appointments / procedures, up 94,000 than this time last yr #RTEInvestigates

Shocking denial of people's human rights to critical healthcare. We must end this shameful scandal! #RTEInvestigates

When you watch the #RTEInvestigates on waiting lists, hard not to think of the lunacy & hypocrisy of "keeping the recovery going"

The Big Reviewski || JOE · The Big Reviewski with Dune, a mini-Hangover reunion & the best of Timothée Chalamet
popular
One of the best thrillers of the decade is among the movies on TV tonight
The JOE Movie Quiz: Week 125
"Like a whip" – director describes fatal shooting on Alec Baldwin film set
QUIZ: Get the ball rolling with this General Knowledge Quiz
The full list of all the new shows and movies coming to Netflix in November
PICS: The man with the biggest penis in the world has one unbelievable problem with it
A brilliant, under-seen Graham Taylor documentary is on TV tonight
You may also like
2 weeks ago
Alan Quinlan: Young people on social media are "suffering in silence... it's very, very dangerous"
1 month ago
New Zealand reports its first death linked to Pfizer vaccine
2 months ago
Tony Holohan urges unvaccinated people to avoid All-Ireland football final and other large events
2 months ago
New Zealand extends Covid-19 lockdown amid rising cases
2 months ago
Nearly 90% of adults in Ireland have now received at least one Covid-19 vaccine dose
3 days ago
Young woman suffers serious eye injury after being struck with a firework in Eyre Square
Next Page