From TD to Taoiseach to Doctor.

Former Taoiseach and Fine Gael leader, Enda Kenny, will receive an honorary doctorate from the National University of Ireland, Galway at the end of the month.

The ceremony will coincide with the college's undergraduate graduation ceremonies which also take place from the middle to end of October. 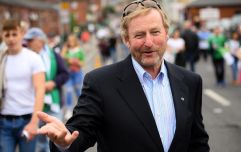 END_OF_DOCUMENT_TOKEN_TO_BE_REPLACED

Kenny was a former student at the University before he later went on to study at St Patrick's College of Education in Dublin where he qualified as a national school teacher and worked in a primary school for four years.

In 1975, he entered the world of politics after his father, Henry passed away and Kenny spent over 30 years as a TD in Dáil Éireann where he held various positions such as Minister for Tourism and Trade before being elected leader of the Fine Gael party in 2002 and Taoiseach in 2011.

A spokesperson for the college said that Kenny would receive his award at the end of the month making him the second Taoiseach this year to pick up the accolade, Brian Cowen doing so back in July.

An honorary degree is an academic degree which a university, such as NUIG, can hand out to someone, waiving usual requirements such as passing of examinations, attendance and academic work. 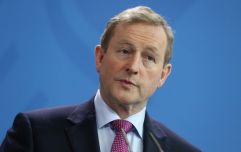 END_OF_DOCUMENT_TOKEN_TO_BE_REPLACED

It can be awarded by a college to someone who has no previous connections with that institution but more often than not a relationship between the two is normally present, like with Kenny and NUIG.

The ceremony will take place in the Bailey Allen Hall in NUI Galway which is located just off the main campus 'Concourse' building.