Taoiseach calls on parents to get their children vaccinated

"We understand the sensibilities involved."

Taoiseach Micheál Martin has urged parents to get their children vaccinated as soon as possible, though he acknowledged the "sensibilities" involved.

Speaking during a press briefing at Government Buildings, the Taoiseach pointed to the high risk in hospitals in terms of the vaccination of children, noting "It's started already".

END_OF_DOCUMENT_TOKEN_TO_BE_REPLACED

According to the Irish Independent, the Taoiseach indicated that parents will be able to bring their children for vaccines from early January.

"I think we will be recommending strongly that parents do facilitate their children getting vaccinated," he said.

“The next two cohorts will register from the third of January and then the 10th of January will be the majority of children."

END_OF_DOCUMENT_TOKEN_TO_BE_REPLACED

According to the latest figures, nearly half of the adult population of Ireland have received a dose of the booster vaccine to date.

"Great work by staff and volunteers in our vaccine centres, GPs and pharmacists," said the Taoiseach on Twitter on Thursday morning.

Update on our vaccine rollout.

Almost half (49.9%) of the adult population have now received a booster or third dose.

Great work by staff and volunteers in our vaccine centres, GPs and pharmacists. 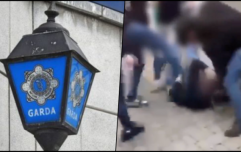 END_OF_DOCUMENT_TOKEN_TO_BE_REPLACED

Earlier on Thursday, HSE CEO Paul Reid sounded a note of caution while discussing new studies that suggest people who contract the Omicron variant of Covid-19 are less likely to be hospitalised than those with the Delta strain.

"[The studies arrive] at a time when we all want hope," he said on Morning Ireland on RTÉ Radio 1.

"This is the time of the year we all expect it. Certainly, the couple of studies – there's one from the University of Edinburgh published yesterday – there's always a few qualifiers in all of this.

"First of all, Omicron only has emerged in South Africa since November 21st so it's really early days in terms of the evidence around all of this. But certainly the study from the University of Edinburgh – a couple of key findings from it; firstly – [the] potential towards reduction and risk of hospitalisation.

"The concern from us – and while we'd all hope that there is the evidence – the concern is purely just the volume," Reid explained.

"If we are dealing with the volume of case loads and we're still dealing with a percentage of a much higher volume of hospitalised; that will put severe strain on us overall on the health system and still more people becoming ill."

Reid went on to argue that the booster vaccine rollout is likely playing a strong part in combating the new variant.

"The positivity coming from that study, also, was the third booster demonstrating that it offers substantial protection against risk of symptomatic illness," he said.

"So, [there are] certainly positive indicators that we would hope [are correct] – but equally there are studies showing that this is five-and-a-half times more transmissible than Delta, which is a highly transmissible.

"There's early evidence. We'd all cling to the hope of it. But, equally, what we do know [is that it is a] highly transmissible virus."