Conditions are set to heat up over the coming days.

Met Éireann has said that it looks like temperatures next week will reach as high as 26 degrees.

The Irish meteorological service made the comments in its national forecast, which states that conditions are set to heat up over the coming days. 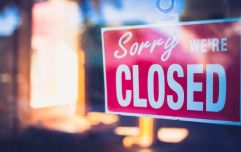 END_OF_DOCUMENT_TOKEN_TO_BE_REPLACED

Before then, Met Éireann says that Saturday afternoon (6 August) will see cloud gradually build from the northwest and extend to most areas.

As a result, there will be isolated showers, mainly in Connacht and Ulster.

That said, by the evening time, a few late sunny spells will develop across the country as the cloud begins to break.

Overall, highest temperatures on Saturday will range from 16 to 20 degrees, with conditions warmest in the southeast.

END_OF_DOCUMENT_TOKEN_TO_BE_REPLACED

As for Sunday, there will be lots of dry weather with just scattered light showers, though patchy rain will affect parts of north Ulster.

The best of the sunshine is expected across Munster and south Leinster as highest temperatures are set to be between 18 to 22 degrees.

Moving into next week, Monday looks like it will be largely dry with sunny spells, though there is the possibility of a few light showers in the west and north of the country.

Maximum temperatures of 19 to 23 degrees are forecasted.

END_OF_DOCUMENT_TOKEN_TO_BE_REPLACED

Also looking to be mostly dry is Tuesday, with long spells of sunshine predicted.

That said, there is a small chance of a few light showers in Connacht and Ulster.

This is as highest temperatures are set to range from 21 to 24 degrees.

Another dry and mostly fine day is forecast for Wednesday with further long spells of sunshine.

Met Éireann says it will feel "somewhat warmer than preceding days with highs of 22 to 26 degrees".

Its forecast states that there will be "little change" then on Thursday with warm sunshine, scattered clouds and highs of 21 to 26 degrees.

The meteorological service also noted that conditions on Thursday will be warmest in the south and east of the country.

And the warm weather does not seem like it will stop there, with Met Éireann's further outlook reading:

popular
Netflix has just added an incredibly tense 97-minute thriller
Eamon Ryan's mother dies in tragic accident on family holiday
Four Irish food businesses were served with closure orders in July
Forget about ultra cheap Ryanair flights for the foreseeable future, says O'Leary
Prime Video has just added 25 very big movies to its library
Stunning Mayo beach named the best place to swim in Ireland and the UK
The Ultimate "That Actor From That Thing" Quiz
You may also like
3 hours ago
Body of a man recovered following drowing incident in river in Carlow
4 hours ago
Eamon Ryan's mother dies in tragic accident on family holiday
5 hours ago
Man charged in connection with death of Sean McCarthy in Dublin
18 hours ago
Wednesday was the hottest August day in Ireland in almost two decades
22 hours ago
Walking trails across Ireland to receive almost €1 million in funding
23 hours ago
Orange-level high fire warning now in effect in Ireland
Next Page