The most popular Irish baby names of 2015 have been revealed

The Irish Passport Office has released the details of new passports issued to children under 3 in the year 2015.

The most-occurring name on passport applications was Daniel, which accounted for 162 of 133,323 new passports. This was followed closely by James, with James on 155. The most popular baby name for girls was Emily, with 134. 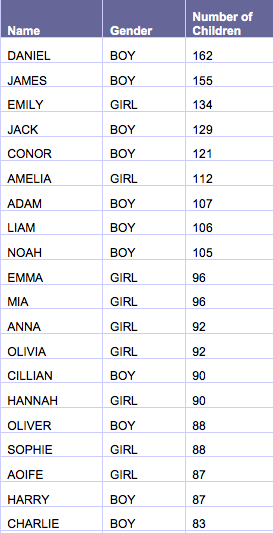