We'd say she's not stuck for a few bob, but soon Queen Elizabeth II will be a little better off.

She's to get an 8 per cent increase in her income from public funds from next year, reports the BBC. 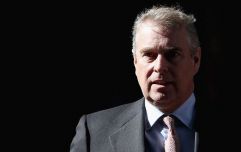 END_OF_DOCUMENT_TOKEN_TO_BE_REPLACED

The Sovereign Grant, which looks after expenses including payment of household staff, travel and maintaining the royal palaces, will be increased by over £6 million to £82.2 million from 2018.

This comes as Buckingham Palace undergoes major repairs and renovation.

It's reported that the monarch's net expenditure was almost £42 million (€48 million) last year.

The monarchy cost the British taxpayer £40.1m during 2015-16. The Queen's personal net worth is estimated at £340 million, according to CNN.

"When you look at these accounts, the bottom line is the Sovereign Grant last year equated to 65p per person, per annum, in the United Kingdom," said Sir Alan Reid, Keeper of the Privy Purse, which is the Queen's private income.

"That's the price of a first class stamp," he added.

"Consider that against what the Queen does and represents for this country, I believe it represents excellent value for money."