It has been reported that at least 99 people have died, while more than 100 are being treated in hospital in India after drinking toxic alcohol.

BBC have reported that several women are among the victims, who all worked on tea plantations in Assam state, which is located in the Northeast of India.

At least 99 people have died and more than 100 are being treated in hospital after drinking toxic bootleg alcohol in north-eastern India, officials say.

Doctors working at the hospitals where the victims are being treated are said to be "baffled" by the ingredients used in the illegal alcohol, which is causing organ failure.

One of the workers who is undergoing treatment at Golaghat Hospital told the BBC that he had been at a tea plantation on Thursday.

"I had bought half a litre of wine and drank it before eating. Initially, everything was normal, but after some time my head started hurting. 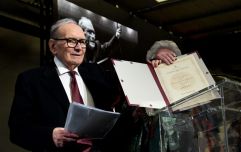 END_OF_DOCUMENT_TOKEN_TO_BE_REPLACED

"The headache grew so much that I could not eat or sleep."

He felt restless until the morning, and started getting chest pain. His wife then took him to the tea plantation hospital, and he was referred to the district hospital.

An official inquiry has been ordered into the tragedy.


popular
Personality Test: Which Friends character are you?
QUIZ: Can you name all the countries beginning with A?
Dermot Kennedy announced special one-off concert with special guest from Paul Mescal
Here are the best movies on TV this evening
Here’s how you can get 20 bets for €2* for the next EuroMillions jackpot
Taoiseach warns that plan to reopen all pubs this month could be delayed
Kasabian frontman Tom Meighan leaves the band due to personal issues
You may also like
1 day ago
Two men have died following a diving incident in Tipperary
1 day ago
A man has died following a traffic collision in Tipperary
1 day ago
Gardaí investigating fire incident in Dundalk after "loud bang" heard in house
2 days ago
Five arrested following violent disorder incident in Mullingar
2 days ago
Man arrested after attempting to shoot Garda in Cork
3 days ago
HIQA report finds that official Covid-19 death toll in Ireland has likely been overestimated
Next Page