Four men, including two Irish, are in custody on serious fraud charges...

An alleged crime gang known as the 'Irish Boys' netted at least AUS$4m from a “boiler room” investment scam on the Gold Coast in Australia.

The offices of the alleged scam were raided on Monday by Police and Queensland's Crime Corruption Commission. 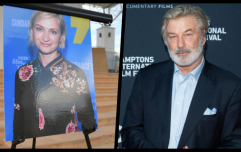 END_OF_DOCUMENT_TOKEN_TO_BE_REPLACED

The CCC allege that ‘Irish Boys’ gang has defrauded millions of dollars from victims in a 'boiler room' investment scam.

The prime target of the joint investigation is Irish-born Stephen Keating.

The gang are said to have run 'boiler room' call centres employing up to 45 people where they called the reported victims offering them bogus investment opportunities in Australia.

The alleged managers of the scam who're aged 36, 34, 33 and 32, will reportedly be formally charged with fraud on Monday.

Police have said that the fraudsters have netted at least AUS$4 million in 18 months, but the true figure could be as high a AUS$11 million with over 150 victims reported.

Hat-tip to the Guardian.

The Big Reviewski || JOE · The Big Reviewski with Dune, a mini-Hangover reunion & the best of Timothée Chalamet
popular
One of the best thrillers of the decade is among the movies on TV tonight
The JOE Movie Quiz: Week 125
"Like a whip" – director describes fatal shooting on Alec Baldwin film set
QUIZ: Get the ball rolling with this General Knowledge Quiz
The full list of all the new shows and movies coming to Netflix in November
PICS: The man with the biggest penis in the world has one unbelievable problem with it
A brilliant, under-seen Graham Taylor documentary is on TV tonight
You may also like
13 hours ago
Man under house arrest begs to be sent to prison as he 'couldn't stand his wife'
2 days ago
Report: Crew left Alec Baldwin film set in protest before fatal shooting
2 days ago
Alec Baldwin was told prop gun was safe before fatal shooting
3 days ago
Alec Baldwin expresses "shock and sadness" over fatal film set shooting
3 days ago
Human remains found positively identified as Brian Laundrie
3 days ago
Alec Baldwin fatally shoots woman with prop gun on movie set
Next Page