Cordless-drill attack in Tyrone may have had "homophobic motive", according to PSNI

The attack took place in the early hours of Saturday morning.

PSNI have detained a 17-year-old male after he attacked a woman in Strabane, County Tyrone on Saturday morning (5 May).

The 38-year-old victim was assaulted with a cordless drill in the Railway Street at approximately 2am. 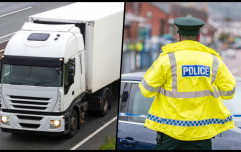 END_OF_DOCUMENT_TOKEN_TO_BE_REPLACED

She sustained a "very serious" head injury and was subsequently taken to hospital, where her condition has been described as critical, but stable.

The male suspect was detained by police a short distance from the scene and remains in custody at present.

Commenting on the attack, Detective Brian Reid stated: "We are exploring the possible homophobic motive for the crime and we are appealing for witnesses to get in touch with us. 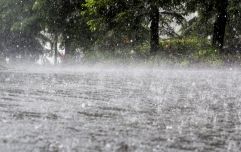 END_OF_DOCUMENT_TOKEN_TO_BE_REPLACED

"Anyone with such footage or any other information that could assist the investigation is asked to contact police in Strabane on 101, quoting reference number 153 05/05/18.

"Alternatively, information can also be provided to the independent charity Crimestoppers on 0800 555 111 which is 100% anonymous and gives people the power to speak up and stop crime."

popular
People want "offensive" Crown Paints advert banned after attracting hundreds of complaints
QUIZ: Can you identify the famous song from the opening line?
Here's how to make €9-11 on Revolut in just a few minutes
Man arrested on suspicion of the murder of Irish man in London
New car-free town with population of 85,000 set to be built in Dublin
Galway City Council street cleaners claim Lotto jackpot worth over €5.5 million
Elderly Irish man stabbed to death on mobility scooter in London
You may also like
4 weeks ago
Two people dead following light aircraft crash in Down
4 weeks ago
Police investigating "some form of altercation" following death of English holidaymaker in Antrim
1 month ago
Man in his 30s dies while building bonfire in Antrim
1 month ago
Warning issued after reports of Donegal holiday accommodation scam
1 month ago
PSNI officers 'photographed and manipulated body of suicide victim'
1 month ago
Motorcyclist dies following collision in Belfast
Next Page