Bono and The Edge performed with local soldiers for a small crowd.

U2 were invited to Ukraine to perform an intimate set as part of a show of solidarity with the war-torn country.

Bono and The Edge travelled over following an invite from Ukrainian President Volodymyr Zelensky.

President @ZelenskyyUa invited us to perform in Kyiv as a show of solidarity with the Ukrainian people and so that’s what we’ve come to do. -- Bono and The Edge #StandWithUkraine

END_OF_DOCUMENT_TOKEN_TO_BE_REPLACED

"President Zelensky invited us to perform in Kyiv as a show of solidarity with the Ukrainian people and so that’s what we’ve come to do. -- Bono and The Edge #StandWithUkraine," the band tweeted.

Videos of the performance have appeared on social media, which shows the band playing acoustic versions of their greatest hits, including 'With Or Without You'.

END_OF_DOCUMENT_TOKEN_TO_BE_REPLACED

One video shows Bono travelling through the small crowd, with several cameramen documenting the performance.

Another video shows the band playing a modified version of the Ben E. King song 'Stand By Me', with the lyrics changed to "Stand By Ukraine". 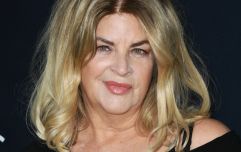 END_OF_DOCUMENT_TOKEN_TO_BE_REPLACED

They perform the song with members of Ukrainian band Antytila, who are volunteers in the war effort.

Antytila have previously collaborated with Ed Sheeran to remake '2Step', a song from his latest album.

Bono named Kyiv among some of the "great cities" the band have performed in over their storied history.

"We'd like you to know that really there's nowhere that we'd rather be today than in the great city of Kyiv," Bono said.

The war in Ukraine continues to rage on.

Russian forces have reportedly seized the key port city of Mariupol in recent weeks after Ramzan Kadyrov said Kyiv warned that its forces were unable to "hold out for much longer".

In a televised meeting, Vladimir Putin hailed the "liberation" of the city but has abandoned plans to storm the last stronghold of resistance around the Azovstal steelworks, where around 1,000 civilians have been sheltering from shelling and missile attacks.