The UK transport secretary has announced plans to introduce a traffic light system to enable a return to international travel.

The plans for the traffic light system will centre around the "risk" of a given country with respect to Covid-19.

END_OF_DOCUMENT_TOKEN_TO_BE_REPLACED

Similar to the EU Traffic Light system, a country’s traffic light colour will be decided on a variety of factors, including: percentage of population vaccinated, rate of infection, prevalence of variants of concern and the country’s access to reliable scientific data and genomic sequencing.

This framework has been produced after recommendations from the Global Travel Taskforce, an advisory body established last year in response to the pandemic and the challenges posed by international travel.

The traffic light system for international travel will look as follows:

Green: Arrivals will need to take a pre-departure test as well as a PCR test on or before day two of their arrival back into the UK, but will not need to quarantine on return (unless they receive a positive result) or take any additional tests, halving the cost of tests on their return from holiday.

Amber: Arrivals will need to quarantine for a period of 10 days and take a pre-departure test, a PCR test on day two and day eight with the option for Test to Release on day five to end self-isolation early.

Red: Arrivals will be subject to restrictions currently in place for “red list” countries which includes a 10-day stay in a managed quarantine hotel, pre-departure testing and PCR testing on day two and eight.

The “permission to travel form” is also set to be scrapped, removing the requirement for travellers to provide evidence that they have a “valid” reason to leave the UK. 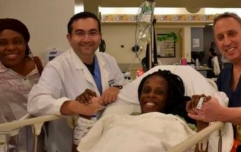 END_OF_DOCUMENT_TOKEN_TO_BE_REPLACED

It is currently illegal to travel abroad without a “reasonable excuse.”

Reasonable excuses, according to government, include: travelling for work, education, medical visits and funerals.

However, the department of transport says “testing remains an essential part of protecting public health”, stating that all arrivals that are not exempt from testing are required to book a pre-departure test on day two and day eight before travelling.

The plans have stopped short of listing which countries are likely to fall into which categories, describing it as “too early to predict” where countries will fall on the lists. 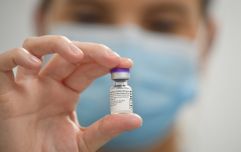 END_OF_DOCUMENT_TOKEN_TO_BE_REPLACED

Among other plans outlined are claims the UK will play “a leading role in the development of international standards around a digital travel certification system”.

In addition, the department of transport has also announced plans to “digitise the Passenger Locator Form”, which the department says it will integrate into the UK border system, enabling checks to take place at e-gates by Autumn 2021.

On his recent announcements, Shapps said: “International travel is vital – it boosts businesses and underpins the UK economy – but more than that, it brings people together, connects families who have been kept apart, and allows us to explore new horizons.

“The framework announced today will help allow us to reopen travel safely and sustainably, ensure we protect our hard-won achievements on the vaccine roll out and offer peace of mind to both passengers and industry as we begin to take trips abroad once again.”

Restrictions outlined by Shapps are set to be reviewed on 28 June, a date by which the government’s “cautious but irreversible route out of lockdown” should have ended.

While plans for a return to international travel are likely to be warmly received by many MPs, aspects of the framework - such as a "digital travel certification scheme" - are likely to have a frosty reception among MPs on Tory backbenches.

Tory backbenchers are already in open revolt over the government's plans to introduce "vaccine passports" to access venues like pubs and sporting events, saying they say infringe on civil liberties.

Labour have also opposed the plans, describing them as "un-British."

The Big Reviewski || JOE · Director and writer Michael Rianda on new animated comedy The Mitchells vs. The Machines
popular
Meteor shower to be visible tonight as Halley's Comet passes over Ireland
Benedetta is undoubtedly going to be the most controversial movie of 2021
Joe Duffy listener complains of being quoted €4,100 for three-night hotel stay in Kerry this summer
Woman expecting to give birth to seven babies ends up having nine
The 50 most iconic songs of all time* have been revealed
QUIZ: Name all the counties of Ireland that contain 3 vowels or more
WATCH: BBC's new show Vigil will fill that Line Of Duty-shaped hole in your life
You may also like
2 days ago
European Commission proposes easing restrictions on non-essential travel into the EU
6 days ago
Donald Trump "100%" thinking of running for US President again in 2024
6 days ago
International travel moves closer after European Parliament votes in favour of introducing EU Covid-19 certificates
1 week ago
BioNTech founder confident Covid-19 vaccine will work against Indian variant
1 week ago
Apartment of Donald Trump's former lawyer Rudy Giuliani searched by Federal Investigators
1 week ago
Arlene Foster steps down as leader of Democratic Unionist Party
Next Page