The World Health Organisation (WHO) has said the pandemic ending this year is 'unrealistic'.

The WHO’s executive director of emergencies, Dr Michael Ryan, has described hopes of the pandemic ending this year as “premature,” and described the virus as “very much in control.”

Speaking in Geneva on Monday, Ryan stressed that suppressing transmission of the virus should be the key focus at present.

END_OF_DOCUMENT_TOKEN_TO_BE_REPLACED

“If vaccines begin to impact not only on death and not only on hospitalisation, but have a significant impact on transmission dynamics and transmission risk, then I believe we will accelerate towards controlling this pandemic,” said Ryan.

Although he did offer some hope, if people are “smart.”

“If we are smart, we can finish with hospitalisations and deaths and the tragedy associated with the pandemic [by the end of the year],” he said.

The WHO has emphasised that reducing transmission should be countries' key focus (Credit: Justin Setterfield)

Ryan also expressed his disappointment that richer countries are vaccinating younger adults before health workers and more vulnerable people in other countries. 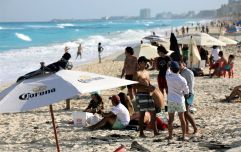 END_OF_DOCUMENT_TOKEN_TO_BE_REPLACED

“It’s regrettable that some countries continue to prioritise vaccinating younger, healthier adults at lower risk of disease in their own populations ahead of health workers and older people elsewhere,” he said.

“Countries are not in a race with each other, this is a common race against the virus.

Vaccine inequality among between richer and poorer nations is a growing concern.

Wealthier nations should prioritise vaccinating the more vulnerable elsewhere than their own younger, healthier populations, the WHO said (Credit: Ivan Romano) 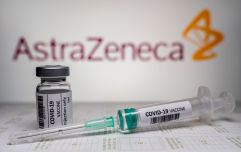 END_OF_DOCUMENT_TOKEN_TO_BE_REPLACED

Data from The Economist Intelligence Unit predicts that vaccine coverage in developing countries will not be widespread until early 2023, with the wealthiest countries achieving widespread coverage by late 2021.

The Lancet medical journal has said “billions of individuals around the world might not have access to Covid-19 vaccines in 2021, which could prolong the pandemic and raise the risk of further mutations of the virus emerging, possibly undermining the efficacy of existing vaccines.”

The Big Reviewski || JOE · TBR Spotlight: The Falcon and the Winter Soldier Episode Four - 'The Whole World is Watching'
popular
The JOE Music Quiz: Week 52
The JOE Friday Pub Quiz: Week 238
Thunder Force review: somebody needs to stop letting Melissa McCarthy's husband make movies
The Falcon and the Winter Soldier is on the precipice of dealing with an incredibly sensitive topic
Irish mobile network GoMo launches new €14.99 per month "for life" offer
QUIZ: Can you identify the cities of California from this list?
The JOE Movie Quiz: Week 97
You may also like
5 days ago
Everyone in England to be offered two rapid weekly Covid tests
1 week ago
Policeman resigns over video of him choking police dog (Warning: Graphic content)
1 week ago
EMA ongoing review finds no specific age risk for AstraZeneca Covid-19 vaccine
1 week ago
RTÉ journalist forced to flee China due to threats towards her husband and family
1 week ago
US military account tweets gibberish after child accidentally takes it over
3 days ago
All adults recommended to take Vitamin D supplement to increase protection from Covid-19
Next Page