This is heart-breaking stuff.

Cian McDonnell-Lynch is four years old and suffers from an extremely rare condition known as Dyskeratosis Congenita, which affects one in a million people.

It has left Cian, who hails from Carlanstown in Meath, blind since the age of one and in need of constant medical care in his short life to date.

Earlier this year, Cian was diagnosed with microscopic pulmonary AVMS and told by doctors in London’s Great Ormond Street Hospital that he had only months to live. 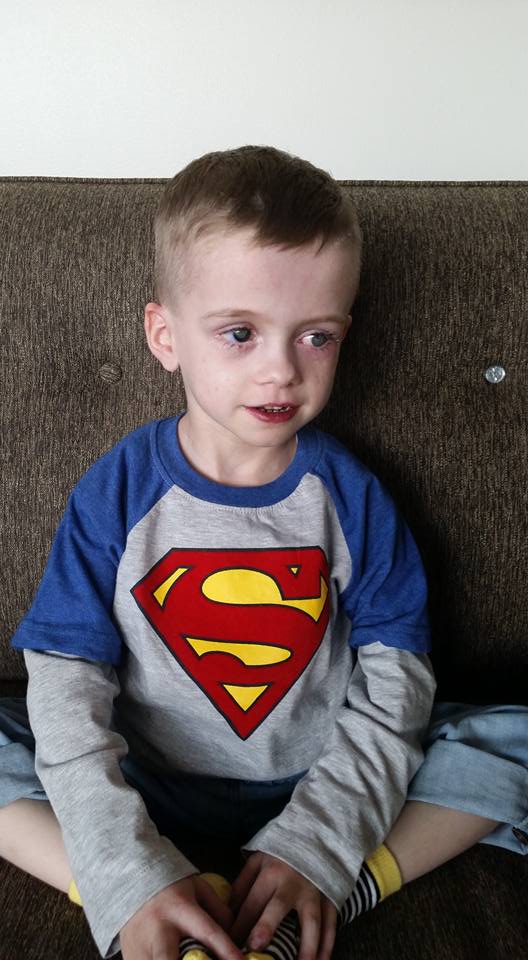 END_OF_DOCUMENT_TOKEN_TO_BE_REPLACED

Pic via Facebook/Hope for Cian

His parents, Lisa and Donal, are not prepared to give up on Cian yet and have travelled to Boston in the hope that he can get a double lung transplant that might just save his life.

END_OF_DOCUMENT_TOKEN_TO_BE_REPLACED

Lisa, Donal, Cian and Cian’s older sister Chloe appeared in an emotional and heart-warming segment on CBS Boston in an effort to increase awareness of Cian’s condition and to help drive contributions towards a fund that has already raised in excess of €120,000.

You'll need to watch a short advert before watching the video below...

END_OF_DOCUMENT_TOKEN_TO_BE_REPLACED

It’s remarkable how calm and dignified Cian’s mother Lisa came across in the segment given the trying circumstances and for more details on how you can donate to the cause, check out the Hope for Cian Facebook page and the Hope for Cian website.

popular
Patient arrested after switching off roommate's ventilator because it annoyed her
Dancing with the Stars has added a very surprising contestant
Peter Kay moved to tears on stage while opening his first stand-up tour in 12 years
Winter warning issued as "severe" week of cold weather in store for Ireland
'America's Unknown Child' identified solving mystery after 65 years
U2 drummer Larry Mullen Jr. says band may perform without him in 2023
20 years ago, one of the best sci-fi movies of the 21st century was a box-office bomb
You may also like
4 days ago
11 Irish counties in the spotlight as Gardaí crack down on sex trade
5 days ago
Face of boy attacked by dog in Wexford is "completely destroyed", says his family
5 days ago
All-Ireland Hurling winner's medal stolen as Gardaí appeal for information
6 days ago
People will be able to get money for returning bottles and cans through new scheme
6 days ago
Boy seriously injured after alleged dog attack in Wexford
6 days ago
Very popular US fast food chain planning to open in Ireland
Next Page