VIDEO: One of Ireland's best beaches totally wrecked by litter

This is absolutely not on.

Ireland has been enjoying an unusual period of heat and sunshine over the past two weeks, but the increased activity is taking a toll on our beaches.

Wicklow's Brittas Bay, surely one of Ireland's most popular beaches, was left in an absolute state by those who visited the beach yesterday. 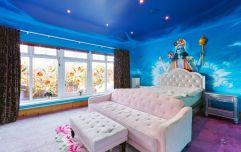 END_OF_DOCUMENT_TOKEN_TO_BE_REPLACED

A video shared on the Facebook page Brittas Bay Beach Care gives a glimpse at the extent of the rubbish left on the shore on Friday.

Other posts on the page claim that people were drinking and throwing their beer bottles into the sea.

Because those at the beach didn't pick up after themselves, the Brittas community has been forced into organising a beach sweep on Sunday evening between 7pm and 8pm.

The Big Reviewski || JOE · The Big Reviewski with Andy Serkis, Squid Game follow-ups & the return of Succession
popular
The 50 most iconic songs of all time* have been revealed
PICS: The man with the biggest penis in the world has one unbelievable problem with it
QUIZ: Can you master this General Knowledge Quiz?
The 10 best insults from the first two seasons of Succession
Gardaí investigating after man robs hotel at knife point in Kerry
The JOE Movie Quiz: Week 124
QUIZ: Get your quiz on with this General Knowledge Quiz
You may also like
4 days ago
Buying a home in Dublin, Meath, Kildare or Wicklow? Don't miss this free virtual mortgage advice event
7 months ago
Missing Golden Eagle reunited with owner after being lost for over a week
7 months ago
Missing Golden Eagle's owner "worried sick" and appeals for public's help
7 months ago
First-time buyers in the East and South East: This virtual First-Time Buyers Masterclass will kickstart your mortgage
1 year ago
Woman (50s) arrested for public order offence
1 year ago
Teenage boy dies following incident in Powerscourt
Next Page