We're hiring – JOE's on the hunt for a new Senior Journalist

Hey you! Yeah you!

Want the chance to be the best? The very best that you can be? Well, here at Maximum Media we’ve got the perfect opportunity just for you.

Just in case you've been living under a rock of late, metaphorical or otherwise, Maximum Media is the company that owns and operates the leading lifestyle websites for Irish men and women: JOE.ie and Her.ie, two sites with a combined social following of 444,000.

Disney are offering you a dream job based in Dublin

END_OF_DOCUMENT_TOKEN_TO_BE_REPLACED

The award-winning JOE.ie is one of Ireland’s fastest-growing websites and we can now boast over 2 million unique users every month, as well as a 235,000 plus strong social media following. That’s like, loads and loads and loads of people so why wouldn't you want to be part of this terrific team?

Due to this remarkable and extensive growth, we now have an exciting new opportunity on the horizon of life… that’s a rubbish analogy meaning that we want to give you a full-time job – the job of Senior Journalist no less. 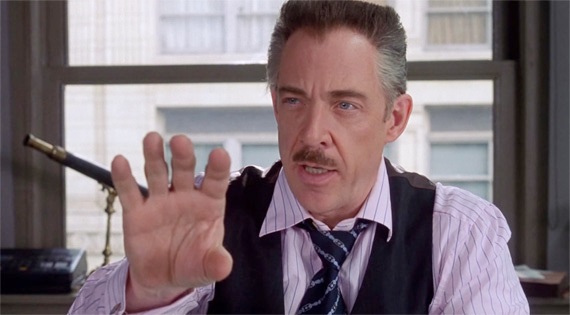 The ideal candidate will work alongside our current dedicated, handsome team to bring the JOE readers the news that interests and entertains them – be it sports of any kind (yes, four-legged sprinting is included in that category) films, television, gaming, motors, the latest in men’s fashion and style, fun features and honest opinion pieces.

Most importantly, you’ll be a senior member of the fantastic JOE.ie writing team – a great bunch of lads who all have lovely bottoms.

The ideal candidate will also; So if you think you’re a magnificent moustache-growing, beast-fighting, walking-away-from-an-explosion-in-slow-motion kind of individual and you reckon you have what it takes to be the Chuck Norris of website editing, then get applying and send your CV and Cover Letter to work@MaximumMedia.ie and make sure to write  ’JOE.ie Senior Journalist Application’  in the subject line.

The closing date for applications is Thursday, March 27th, so make sure to send in your CV and Cover Letter before then!

popular
Welder awarded €15,000 for unfair dismissal despite admitting to drinking alcohol before work
Netflix has just quietly added 30 big movies to its library
10 years ago today, the scariest movie ever made (according to science) was released
Man in his 40s dies following assault at funeral in Kerry
Amazon Prime Video has just added 37 big movies to its library
It took five long weeks, but The Rings Of Power is finally fantastic
Netflix reveals full line-up of new shows and movies arriving in October
You may also like
11 months ago
You can now get paid to watch Netflix and nap
11 months ago
You can now get paid almost €6,000 to watch every episode of The Simpsons
2 years ago
Dublin Zoo is looking for elves to work with Santa this Christmas
3 years ago
Bartender needed for dream job serving pints in a Caribbean paradise
3 years ago
Amazon Studios are offering this amazing dream job to get paid to holiday in Thailand
4 years ago
We may have just discovered the ultimate dream job for cat-lovers
Next Page