Some UK forecasters are predicting a severe, early-arriving winter by October.

With the Atlantic currently brewing three separate hurricanes right now, one of which is causing over one million people to be evacuated from their homes in the States, all eyes are on the impending winter.

Forecasters in the UK are predicting cold and frosty winds to sweep through Britain in the coming weeks, and sub-zero temperatures are expected to freeze us before the end of October as the clocks go back and the daylight gets shorter. 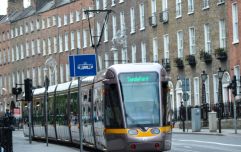 END_OF_DOCUMENT_TOKEN_TO_BE_REPLACED

Others are telling folk to prepare for conditions similar to the 'Beast from the East', which brought a Siberian blast to the country earlier this year.

Usually whatever the UK get, weather-wise, Ireland gets a similar version, but apparently it is impossible to predict weather forecasts more than 10 days in advance; this is the very reason why Met Éireann don't release long-range forecasts, as it would decrease their accuracy.

Met Éireann's forecast for the coming week isn't all that bad, and our national weather forecaster told JOE that the weather at the moment is exactly what we should expect from September. They insist that the sudden change in weather is most likely felt to be more severe than usual because of the incredibly good weather that we've experienced this summer.

Additionally, there is no rule of thumb that says that because we had an amazingly hot summer, we will be on the receiving end of a very cold winter.

So you can put your fears to rest for now, but maybe just have your rain jacket and jumper on standby.

It is still September in Ireland, after all.

The Big Reviewski || JOE · TBR Spotlight: The Falcon and the Winter Soldier Episode Four - 'The Whole World is Watching'
popular
Beware of the very clever WhatsApp hack that is locking Irish users out of their accounts
The 50 most iconic songs of all time* have been revealed
Reeling in the Years was watched by over half a million people last night
Making A Murderer: The explosive and NSFW telephone call that implicates a new killer
People think they've figured out the ranking of the viewers on your Instagram Stories
Motor insurance costs set to fall from June after changes to payout guidelines
PICS: The man with the biggest penis in the world has one unbelievable problem with it
You may also like
5 days ago
QUIZ: You'll find it hard to name all these towns from their Irish name
3 weeks ago
QUIZ: Which of these cities has a bigger population than Ireland?
1 month ago
Paul Mescal lands role in Irish revenge thriller Bring Them Down
1 month ago
Craig Casey and Johnny Sexton combination backed for Italy clash
2 months ago
Defence grows for Billy Burns after one of the roughest days of his rugby career
2 months ago
QUIZ: Name the counties where these Irish towns are located
Next Page