Political hate speech could be criminalised in Ireland, a UN anti-racism committee has heard

Who are the real Irish patriots?

Tricolour emojis and pictures of the proclamation can feel like sinister emblems when we see them online. Trolls have stolen the symbols of Irish independence and made them the logos of their audacious racist campaigns to make Ireland as white and as unwelcoming as possible.

When the state appeared before a United Nations committee this week to be scrutinised on its record of challenging and eradicating racism, it was striking to see the Irish nationalist cause invoked in a different way. 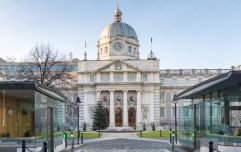 Some TDs have used racism to get elected, says Green Party TD

END_OF_DOCUMENT_TOKEN_TO_BE_REPLACED

Amir Noureddine, the chair of the UN committee on eradicating racial discrimination (CERD), told a high-level contingent from Ireland that the state must have a unique understanding of human rights.

“Ireland is a country where the price of liberty, justice and freedom is very high. Ireland lost so many people for its independence. So if there is in the world a country, a people for whom the words of justice and liberty and equality has a meaning, it is Ireland,” Noureddine, the Algerian law professor and former diplomat, said.

This was echoed by Fatimata-Binta Victoire Dah, a member of the committee from Burkina Faso, who said it was important to mention Ireland’s history as a colonised state.

“To that, one could add that Ireland is a country of migration. It was a country of emigration for a long time before it became a country of immigration. All of this has important repercussions in terms of the situation that is before us today,” Dah said. 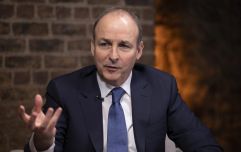 END_OF_DOCUMENT_TOKEN_TO_BE_REPLACED

Racism is not new to Ireland, as some of the members of the Traveller community who went to Geneva to watch proceedings this week can tell you. Since 2011, the last time Ireland was examined by CERD, Ireland has formally recognised Traveller ethnicity. But as the UN human rights committee heard, major problems still exist with the number of councils who are still refusing to draw down funding for Traveller-specific accommodation, and concerns about publicans refusing to serve Travellers. This is combined with alarming statistics about the high rates of mental health problems among the Traveller community, and the low rates of access to education.

Eight years on from its last appearance in front of CERD, Ireland has failed to eradicate systemic discrimination against Traveller and Roma people. But as the committee in Geneva heard this week, the state is now facing fresh challenges on top of that. Senior Irish government officials conceded at UN hearings on Monday and Tuesday that Ireland now has to contend with political hate speech, far-right influences, “malicious” protests against Direct Provision and a need to criminalise hate speech against minorities.

“We have to acknowledge that the issue of racist beliefs and behaviours is a very real issue in Ireland,” Oonagh Buckley, the deputy secretary general at the Department of Justice, said. Buckley was speaking on behalf of the Irish government at the meeting on Tuesday.

“We have to acknowledge the fact that people may not even believe themselves to be racist and have no awareness of the effects of their beliefs on others. Such individuals need to be called out and reflect on the impact of what they say and do. This is no small task in Irish society.” 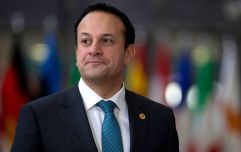 END_OF_DOCUMENT_TOKEN_TO_BE_REPLACED

The Department of Justice is now setting up a new anti-racism committee, to investigate the scale of racial discrimination in Ireland and how to challenge it. It is expected to give its first report to government in February 2020.

Many members of the UN committee called on Ireland to criminalise hate speech. This was repeatedly advocated for by Verene Shepherd, the UN rapporteur on the elimination of racial discrimination in Ireland.

“I encourage you to take all steps necessary to make racists feel uncomfortable in your country,” Shepherd said, adding that this should include “rogue members of the garda”.

“Every society has them, every society has rogue police officers which is why you will find complaints against the police despite your laudable diversity and integration strategy. You just have to criminalise hate speech and prosecute and make sure that they feel uncomfortable.”

Over two days, UN committee members twice raised concerns about the anti-Traveller statements that Peter Casey made during the 2018 presidential campaign, and there were thinly veiled references from Irish government representatives to those who get into Irish politics and say racist things to “gain more followers on Twitter and YouTube”.

Buckley, a senior government official, said that Ireland was now considering new hate speech laws. She conceded that “given recent events”, the Irish government may have to consider criminalising political hate speech in any new law which criminalises abusive and prejudiced attacks on minority groups.

“We will be taking the reach of the legislation very seriously. Obviously not all speech is criminal but some speech is; or could be. That may well be an issue that, given recent events in Ireland, we will have to consider,” she said.

The Department of Justice is currently holding a public consultation ahead of its plan to legislate against hate speech. There have been examples of far-right and racist online campaigners whipping up opposition to the legislation. The UN committee heard on Tuesday that so far, the government has received more than 2,600 submissions. which was described as “quite high”.

Ciara Carberry, a principal officer at the Department of Justice, told CERD that some of the submissions had been raising concerns about freedom of expression.

In its presentation to the committee, the Irish government singled out two inclusion strategies that it was running for Traveller and Roma people, and migrants. It is possible that these two strategies were selected from the five that the government is currently running because most of the criticism from CERD is about the treatment of migrants and Travellers in Ireland.

Committee members were quick to tell the government that laudable strategies were of little use without ways to properly implement them or monitor their progress.

“In the long term, Direct Provision should be phased out completely,” Salome Mbugua, a member of the IHREC, said.

Stanton’s defence of Ireland’s system for asylum seekers appeared to rest on placing the responsibility for coming up with an alternative to Direct Provision on anybody other than the government. This is a familiar argument, which has been repeated by ministers and the Taoiseach before.

“While many people have called for the abolition of Direct Provision, I’m not aware of anyone who has proposed a workable alternative for service provision,” Stanton said.

Taking over from him during his absence on the second day of hearings in Geneva, Buckley later told the committee that Stanton had warned Irish NGOs about how they phrase their criticism of the government and of Direct Provision.

“Because some of the criticisms adopted in good faith by NGOs in Ireland who are in the space of arguing for a better treatment of international protection applicants - some of that language has been turned on the system by some of those who are using it in a more malicious way. And that is something of great concern to the government,” Buckley said.

This week, some of those who have been associated with some of the staunchest protests against Direct Provision centres in their local Irish towns have been posting online, praising the UN committee and claiming to be in favour of abolishing the Direct Provision system on human rights grounds.

The committee also heard that on top of the failure to provide culturally appropriate accommodation for Travellers in Ireland, minorities were also facing discrimination in the private rental sector. The state was criticised for the reliance of the ESB on coal taken from the Cerrejón mine in Columbia, which has been linked with serious human rights abuses. There was a lack of robust data to show how Ireland was meeting its obligations to those at risk of racism.

Shepherd was the last committee member to speak at the final session on Tuesday. She used her final remarks to stress the need for criminalised hate speech and called on the state to ensure that people of African descent in Ireland - many of whom are not migrants - are protected from discrimination.

She warned the government not to see the many NGOs who raised concerns about the treatment of racial minorities in Ireland as “unpatriotic, or people who wish to serve war”.

For her final remarks, she added: “Go raibh maith agat.”

popular
Thunderstorms and heavy rain to end Ireland's current heatwave
The JOE Friday Pub Quiz: Week 307
Record for hottest August day in Ireland ever has now been broken
Anne Heche dies one week after car crash, aged 53
WATCH: Flight makes scary 'lowest ever landing' at Greek airport, narrowly avoiding plane spotters
Shooting stars set to light up Ireland's skies this weekend
An exciting Irish crime thriller is among the movies on TV tonight
You may also like
1 month ago
Gary Lineker says he suffered racist abuse during football days due to "darkish skin"
1 year ago
Eamonn Holmes apologises after ‘racist’ comment to co-star on This Morning
1 year ago
Telegraph columnist sacked after racist Meghan Markle tweet
1 year ago
The Falcon and the Winter Soldier is on the precipice of dealing with an incredibly sensitive topic
1 year ago
Incidents of hate speech in Ireland almost doubled in 2020
1 year ago
EA Sports bans Irish FIFA player who racially abused Ian Wright for life
Next Page