With the world heading for a massive food shortage in less than 35 years, Samuel Dennigan believes we need to rethink our attitude to vegetables.

Speaking to host Tadhg Enright on The Architects of Business, in partnership with EY Entrepreneur Of The Year™, Strong Roots Founder Samuel Dennigan was clear about Irish attitudes to misshapen, 'wonky' vegetables.

We're snobs, and the resulting food waste is going to cause massive problems.

“It’s a systematic problem that’s going to be really hard to reverse," he said.

“Now that people know that there’s such a food waste problem, and a potential massive food deficit after 2050 – where we’re going to have too many people and not enough food, specifically in the developing world – the reason we have specifications on veg in particular is because that at one point is what people wanted and everything else would be left to waste on the shelf, despite the fact that it’s perfect.”

Samuel reveals how, in Spain and France, exporters keep ‘wonky’ vegetables for the home market because people in those countries are educated as to their merits.

Ireland the UK, meanwhile, get the so-called ‘first class veg’ – which tastes exactly the same as their mis-shapen brethren – as they are, in Samuel’s words, “vegetable snobs.”

And it’s going to lead to problems down the line.

Listen to the full interview here... 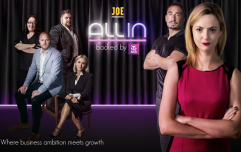 END_OF_DOCUMENT_TOKEN_TO_BE_REPLACED

In short, there aren't of the potatoes in the world to service the brand's almost 40,000§ outlets.

"I was purchasing raw material for sweet potato fries because it was an emerging crop," he explained.

"I was doing a project for McCain, for McDonald's, their restaurants were thinking of doing a sweet potato fry launch and then they did one in Texas, and it went unbelievably well, and (then) they realised there wouldn't be enough sweet potatoes in the world to service their restaurants!'

Instead, Dennigan - a 2018 EOY Ireland Finalist - decided to make the fries the cornerstone of his Strong Roots brand, which aims to bring health-conscious people who would normally avoid it to visit the frozen food aisle in supermarkets.

Strong Roots is now firmly established as one of Ireland's favourite frozen brands, with everything from kale and quinoa burgers, to mixed root vegetable fries, to roasted beetroot wedges.