Tom Brennan and Louise Grubb, the Co-Founders of TriviumVet – a company that manufactures pharmaceuticals for animals – are our guests this week on The Architects of Business, in partnership with EY Entrepreneur Of The Year™. 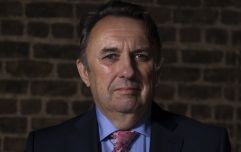 "So much gets lost on email," John Purdy's advice for chasing customers

END_OF_DOCUMENT_TOKEN_TO_BE_REPLACED

Tom, along with Louise Grubb, is the co-founder of the massively successful TriviumVet but he insists he’s had to learn a lot on the way.

“It’s true for many companies, you can never have enough cash. Don’t be afraid to raise as much money as possible."

Before he and Louise joined forces, Tom set up another pharma company, EirGen, with business partner Patsy Carney. Tom was an EY Entrepreneur Of The Year™ Finalist with EirGen in 2008.

He wonders how big a success it would have been had they managed to take off the shackles and raise money earlier.

“If I look back at EirGen, we were probably under-capitalised for the first number of years and I often wonder if we had raised more capital earlier, what the end result would have been.

“You find, especially with start-up companies, they’re often afraid of the finance and they’re often afraid to pull those financial plans together. In my last company, we went raising money on version 47 of the business plan. And it was a lot of work; we put a lot of preparation into identifying what we wanted to do, how we were going to execute it and the funding we needed for it.”

Listen to the full episode here… 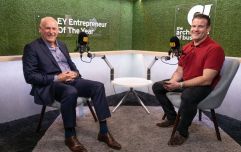 "Over-75s are going to double over the next 10 years," Mick Kearney on an ageing Irish population

END_OF_DOCUMENT_TOKEN_TO_BE_REPLACED

Louise and Tom are both veterans of the pharmaceutical world, who turned their attention to helping veterinarians treat small animals.

They have both already established several successful business ventures, including Louise's founding of 2016 EY Entrepreneur Of The Year™ Finalists Q1 Scientific.

"With serious diseases for dogs and cats, and for your companion animals in general, there are not approved treatments available for many of the conditions they get later in life," Tom says.

"This is the area where we're fitting into with TriviumVet. In that, there aren't the drugs specifically registered for dogs and cats for these types of diseases, so we're developing those drugs," Louise adds.

The Big Reviewski || JOE · TBR Spotlight: Loki - Episode Two - 'The Variant'
popular
Public warned about another sophisticated phone scam doing the rounds
Garda union hits out at "absolute confusion" over outdoor drinking and dining
The Queen appealing for volunteers to weed the garden of her Sandringham Estate
QUIZ: Name all the counties of Ireland that contain 3 vowels or more
QUIZ: Can you name all these European countries from a list of cities?
Gardaí will use "discretion" over outdoor drinking at pubs and restaurants
The Lisdoonvarna matchmaking festival has been cancelled for a second year
You may also like
4 months ago
Amazon set to open first fulfilment centre in Ireland (Report)
4 months ago
Hedge fund requires bailout after Reddit users cause 800% increase in GameStop shares
10 months ago
"We'll be building in Ireland for the first time, next year" - Major solar power project set for Cobh
11 months ago
Half of restaurants in Ireland will close without emergency aid package, restaurants association warns
1 year ago
Freshly-brewed Guinness to be delivered to over 10,000 pubs in Ireland in the coming weeks
1 year ago
Revolut launches Revolut Junior to tailor for 7-17 year olds
Next Page