The long-running dispute has come to an end.

Colin Kaepernick and the NFL have reached terms on an undisclosed settlement that brings a conclusion to the high profile standoff between both parties.

In 2016, Kaepernick started a contentious trend when he became the first of many NFL players who chose to take a knee during the playing of the Star Spangled Banner at games, in protest of a series of shootings of black people by police.

END_OF_DOCUMENT_TOKEN_TO_BE_REPLACED

Eric Reid, the second player to protest in this fashion, has also come to financial terms with the NFL.

US President Donald Trump was among their fiercest critics, claiming that players were disrespecting the American flag and military.

Currently a free agent, the 31-year-old filed a grievance alleging collusion by team owners in October 2017.

Kaepernick has received much praise from the public, with many artists refusing to play the Super Bowl half time show or even provide back-up to eventual selected act Maroon 5 in support of the quarterback. 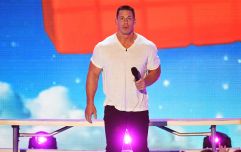 END_OF_DOCUMENT_TOKEN_TO_BE_REPLACED

On Friday (15 February), Kaepernick's lawyer Mark Geragos confirmed that the matter has been officially settled.

"For the past several months, counsel for Mr Kaepernick and Mr Reid have engaged in an ongoing dialogue with representatives of the NFL," begins an official statement.

"As a result of those discussions, the parties have decided to resolve the pending grievances.

"The resolution of this matter is subject to a confidentially agreement so there will be no further comment by any party." 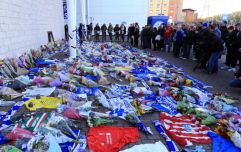 END_OF_DOCUMENT_TOKEN_TO_BE_REPLACED

Earlier this week, Colorado-based sports shop Prime Time Sports announced that it was closing down.

Prime Time Sports previously declared a boycott on Nike products following the airing of the brand's advertisement that featured and endorsed Kaepernick as the face of the 30-year anniversary of the 'Just Do It' campaign.

popular
County where winning Lotto jackpot ticket worth over €5.5 million was sold confirmed
QUIZ: Can you get 100% in JOE's great big halfway through 2022 quiz?
Jordan Peterson suspended from Twitter over Elliot Page comment, says he won't apologise
The JOE Friday Pub Quiz: Week 301
The full list of cancelled flights in and out of Dublin Airport on Friday (so far)
Parent's Benefit Leave in Ireland is being extended from today - here's what you need to know
QUIZ: Can you name all the counties in Ireland without the letter 'A'?
You may also like
2 days ago
Airline to launch world-first economy bunk beds for long-haul flights
3 days ago
Cancer campaigner Deborah James passes away aged 40
4 days ago
At least 46 people found dead in abandoned lorry in Texas
4 days ago
Kendrick Lamar closes Glastonbury with blood-soaked plea for women's rights
6 days ago
Oslo Pride events cancelled after two killed in Norway shooting
1 week ago
Right to abortion overturned by US Supreme Court after nearly 50 years
Next Page