Lions star on Daniel Craig's post-match gift, worthy of 007 himself

"There's a lot of stories I can tell, and a lot of people I could probably stitch up. But I don't think I can do that!"

Daniel Craig and the British & Irish Lions - a match made in rugby heaven.

Next summer, all things going well, the Lions will travel to South Africa to take on a Springbok side that swept all before them at the 2019 World Cup. You can be sure that 007 will be circling the Test Series dates in his calendar.

END_OF_DOCUMENT_TOKEN_TO_BE_REPLACED

On the latest episode of House of Rugby Ireland, Ugo Monye joined hosts Eimear Considine and Ian Madigan to look ahead to the Autumn Nations Cup clash between England and Ireland.

Monye played for England from 2008 to 2012 and was also part of the 2009 British & Irish Lions squad that pushed the world champion Springboks close in a pulsating series. Now a pundit for BT Sport and the BBC, Monye shared a great tale [from 40:30 below] about 'James Bond' actor Daniel Craig, providing a post-match gift that 007 himself would blush at. 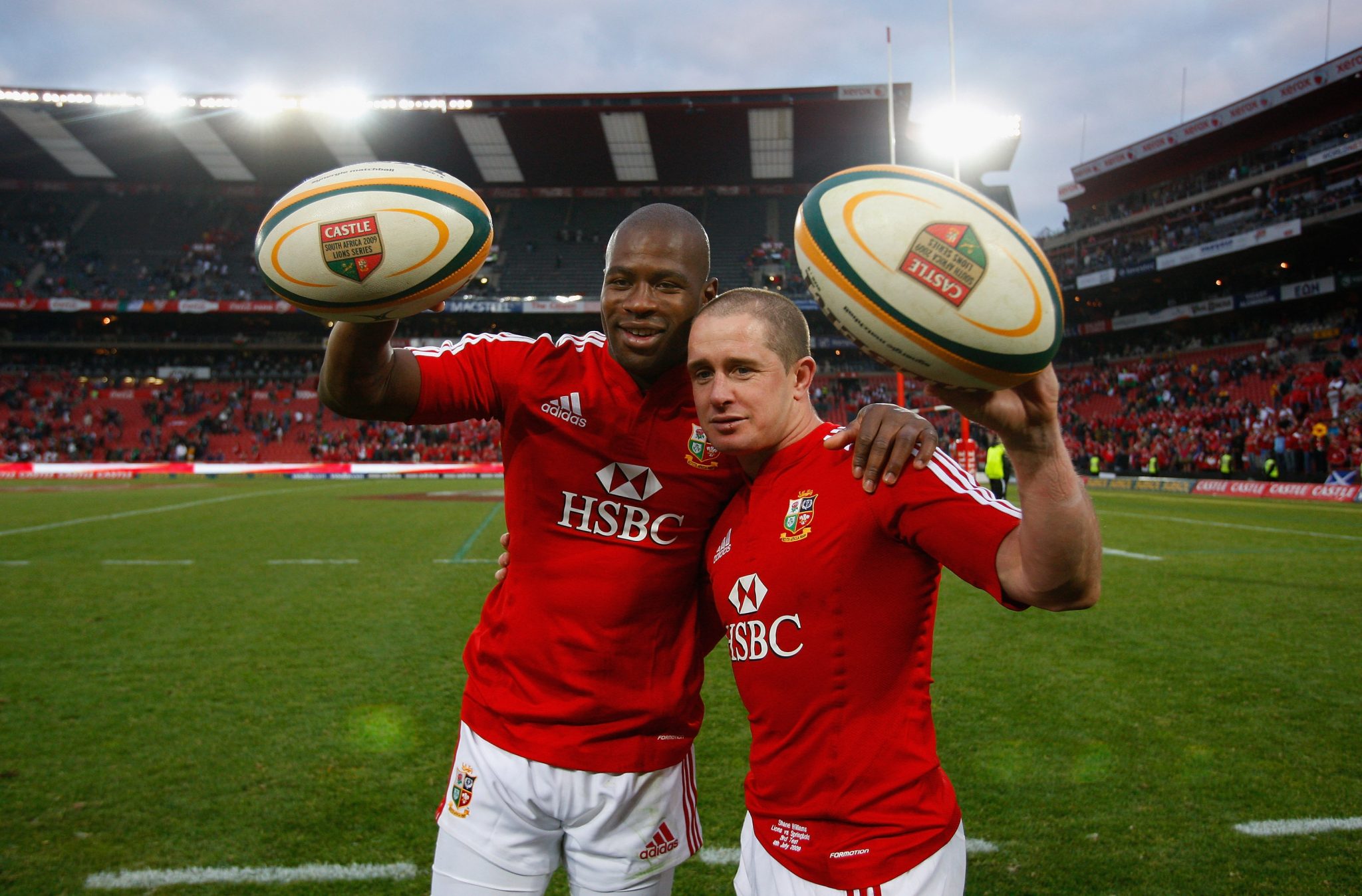 Ugo Monye and Shane Williams pose with match balls after the Lions defeated South Africa in the Third Test of the 2009 Series. (Credit: Getty Images)

END_OF_DOCUMENT_TOKEN_TO_BE_REPLACED

"It was the last tour (in 2009) before social media took off," says Monye. "So we properly got to enjoy ourselves.

"There was a buy-in from everyone that after every game, we would have a drink together. I remember after one midweek match, we got on a Lions bus, which was anything but subtle. Big, red 50-seater thing with LIONS written across it. We turned up and parked the bus outside a nightclub. Imagine that happening today! And it waited there for us all night, then straight on the bus back and nothing was said."

The former Harlequins and England winger raced in a try from 70 metres out, in the Third Test victory, after making an intercept. Monye recalls how his greatest day as a rugby player quickly turned into his greatest weekend ever.

"There's a lot of stories I can tell," he remarks, "and a lot of people I could probably stitch up. But I don't think I can do that!

"I'll tell you what was really nice. After that Third Test, the series was done and the seven-week tour had come to a close. We knew were were going to have a big night, on the Saturday, but we also knew we were going to have a special day on the Sunday. We all went out Saturday night and woke up on the Sunday morning and made it into our team room.

"Daniel Craig - James Bond - has sent us 12 magnums of Bollinger and a note signed by him saying, 'Well done on the victory'. So that was a cool way to start Sunday. He's a huge rugby fan and comes to all the England games. He often comes into the changing room. So it was nice to get 12 bottles of champ-oo from James Bond!" 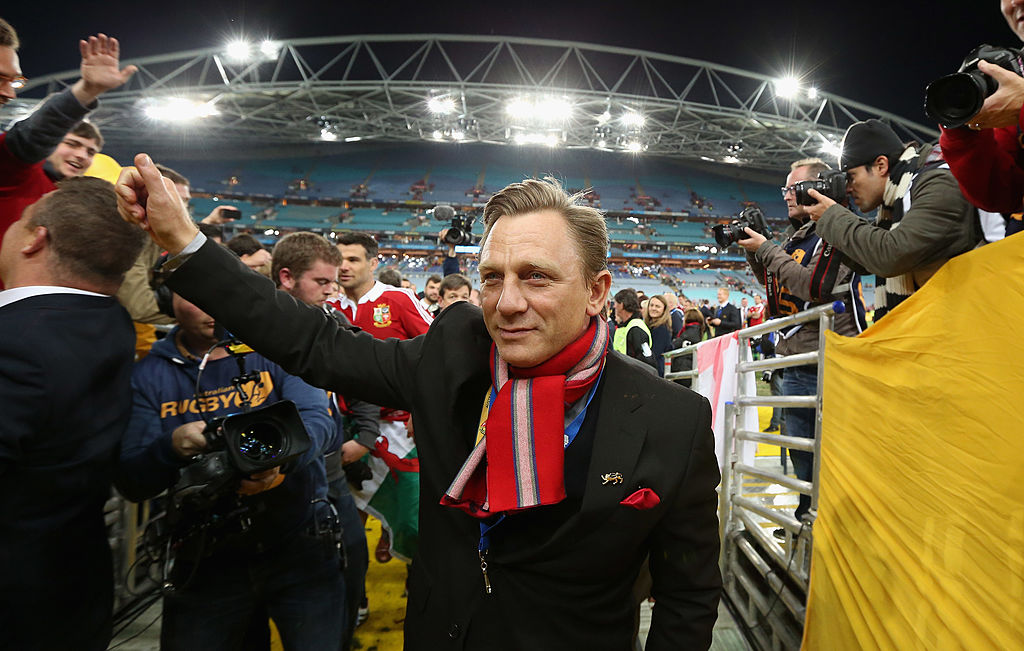 Daniel Craig walks down the tunnel at ANZ Stadium after the Lions vs. Australia Test Series in 2013. (Photo by David Rogers/Getty Images)
Advertisement

Looking ahead to Saturday's Autumn Nations Cup clash between England and Ireland, Monye notes how it was not so long ago (in 2017 and 2018) that Ireland were in the ascendancy.

"Whenever it’s England against Ireland, that rivalry and tribalism really does pull through," says Monye. "I was there in 2018 when you lot rocked up and won the Grand Slam, on Saturday. That scar still hurts me! It does, do you know what I mean? I was there in Dublin, last year, when the (England) boys showed up and did a brilliant job.

"You've got Cian Healy, who is a Test centurion," he adds, "and I also think that you may look at someone like Andrew Porter, who got a bit of a hiding when Leinster played against Saracens, earlier this year. He'll certainly want to right some wrongs. They're a proud bunch but I'm just confident in what England can deliver."

popular
Lidl to launch its second 'reverse vending machine' in Ireland next week
Aer Lingus warns customers flying on Friday afternoon to check in at the airport
The JOE Friday Pub Quiz: Week 296
Dublin's sixth 24-hour bus route launches today
Lidl announce a massive warehouse sale for one weekend only
QUIZ: Can you get top marks in this progressively harder capital cities quiz?
The 2 Johnnies share unbelievable catfish ordeal affecting over 40 people
You may also like
2 months ago
Scottish Parliament official dies during rugby game in Dublin
3 months ago
Every Guinness fan needs to try these brand new experimental beers
3 months ago
"Samaritans saved my life" - Brent Pope praised for honest interview on Tommy Tiernan Show
1 year ago
Craig Casey and Johnny Sexton combination backed for Italy clash
1 year ago
Defence grows for Billy Burns after one of the roughest days of his rugby career
1 year ago
Major upside to Ireland's Six Nations challenge that should make all the difference
Next Page