Graeme McDowell on Rory McIlroy: "We’re not the same as we used to be"

G-Mac has said that there is no hostility between him and Rory but he has admitted that "We’re not the same as we used to be."

Speculation and controversy has followed the pair since McDowell’s name was brought up by McIlroy’s lawyers in a Dublin court last month.

McIlroy claims that he was given inferior terms to McDowell by the Horizon Sports, despite assurances that they would be on similar terms to one another, and to compound the fact, it has recently emerged that McDowell has shares in the agency. This has fuelled rumours that the Portrush golfer wanted to lure McIlroy to Horizon for his own personal gain. 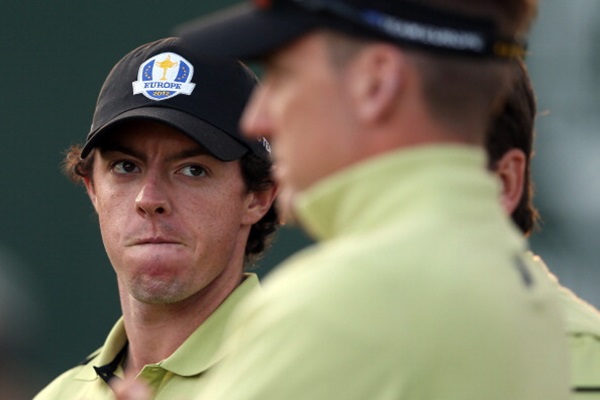 END_OF_DOCUMENT_TOKEN_TO_BE_REPLACED

According to Irish Golf Desk, McDowell has admitted that the legal battle between his agents in the Dublin based Horizon Sports, and McIlroy’s lawyers, has left him in a rather difficult position with the former world No 1. Their once close relationship has suffered somewhat during this period but McDowell insists there is no animosity between the two.

Speaking at Hoylake yesterday, McDowell took the opportunity to clarify the situation with the press and put to bed the rumours that have surrounded the Northern duo.

“There’s a lot made of Rory and I’s relationship based on legal proceedings between himself and Horizon. Yes, I’m stuck in the middle. Yes, I’ve got a foot in both camps because I’m loyal to Horizon and everything they’ve done for me over the last seven or eight years.

END_OF_DOCUMENT_TOKEN_TO_BE_REPLACED

“But I’m also very loyal to Rory as a good friend, as a partner in Ryder Cups, etcetera, etcetera.

“Yes, it’s been a strain on our relationship, no doubt about it. We’re not the same as we used to be and until the legal proceedings are over and done with,  there’s always going to be that little bit of tension in the air because Colin (Morrisey, his agent at Horizon Sports) is with me and Sean (O’Flaherty, formerly of Horizon Sports) is with Rory and we just don’t have the same relationship.

“I’m very keen for him and Horizon to clear things up so we can all get on with the rest of our lives. I can’t comment on anything that’s going on between them because that’s for the lawyers to comment on.” 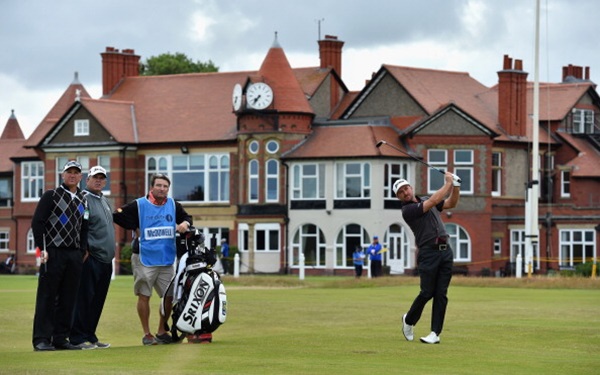 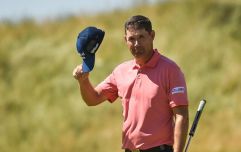 END_OF_DOCUMENT_TOKEN_TO_BE_REPLACED

Speaking of the upcoming Ryder Cup, where McDowell and McIlroy would be one of Europe’s strongest pairings, McDowell declared that their current situation would not stop the two from performing together, a statement which will be music to the ears of captain Paul McGinley.

“As far as Rory and I are concerned, would I love to tee it up with him at Gleneagles? Absolutely! Do I respect him as a player? Yeah, he’s an incredible golfer and I expect our relationship to pick up where it left off as soon as the proceedings are over and done with.

Great news for all golfing fans...

Images via Getty and hat-tip to Irish Golf Desk for the story.

popular
The JOE Friday Pub Quiz: Week 308
Fine Gael announces special screenings of Michael Collins movie in 19 cinemas across Ireland
Controversial influencer Andrew Tate banned from Instagram and Facebook
Netflix has just added 23 very big movies to its library
Infant dies after being hit by jeep in Roscommon
Pilots fly over destination airport at 37,000 feet because they were both sleeping
Passenger plane dropped 1,200 feet in a minute without pilots noticing
You may also like
7 months ago
Netflix to create Drive to Survive-style series around the PGA Tour
11 months ago
Golf's version of Drive to Survive is reportedly coming to Netflix in the very near future
1 year ago
Fine Gael senator says golf and sea-swimming restrictions should be lifted
2 years ago
"Very chaotic" - Irishman describes being struck by lightning on US golf course
2 years ago
Irishman hospitalised after lightning strike on US golf course
3 years ago
Shane Lowry given a hero's welcome in his hometown of Clara, Co. Offaly
Next Page