Pic: Irish fan displays the most Irish sign ever at the Cricket World Cup

It really doesn’t get more Irish than this.

It’s been a tense affair for Ireland against the UAE at the Cricket World Cup this morning, but thankfully there was an Irish fan on hand to provide amusement for Irish fans watching on TV. 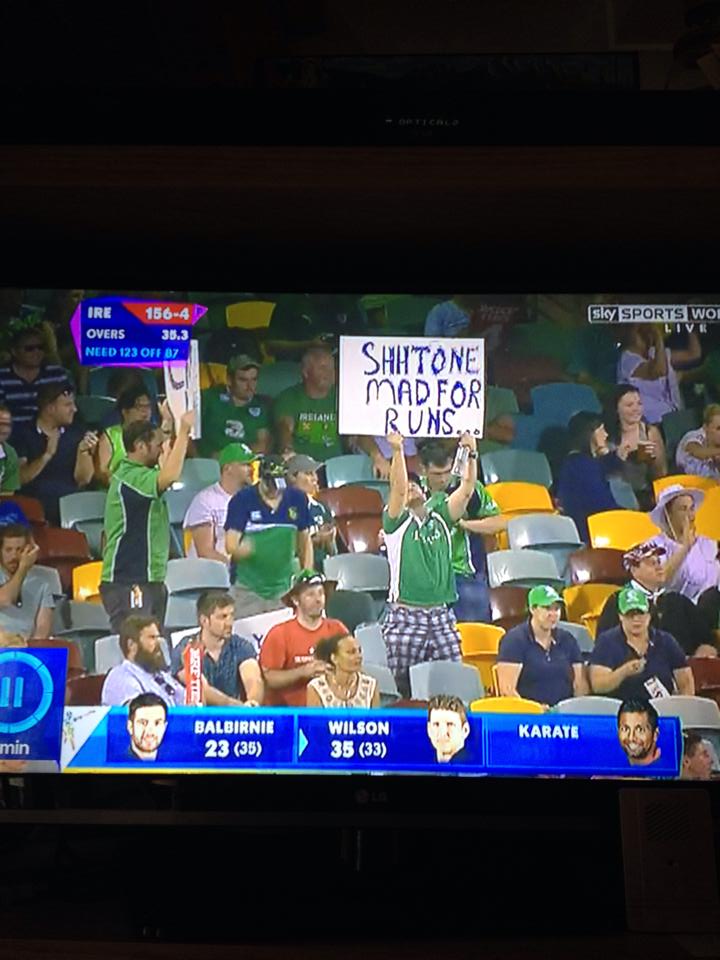 popular
Covid vaccine will not be mandatory, says Stephen Donnelly
Donald Trump paid $3 million for recount that uncovered more Biden votes
QUIZ: Can you guess these European countries from their outlines?
QUIZ: How well do you know Elf?
NASA responds to young Adam from The Late Late Toy Show
QUIZ: Can you answer all the £1 million questions from Who Wants to be a Millionaire?
The JOE Music Quiz: Week 35
You may also like
1 year ago
England cricket player Ben Stokes describes The Sun as "low and despicable" in strong statement
1 year ago
In case you missed it, the Cricket World Cup Final was absolutely mad
2 years ago
WATCH: Australian cricket player caught cheating mid-game on the big screen
3 years ago
WATCH: This man is an absolute pro at handling his drink
3 years ago
WATCH: Some Irish fans were really feeling the heat watching the cricket on Sunday
3 years ago
VIDEO: If you find cricket boring, Dara O'Briain's commentary will change your mind
Next Page