The crowd will be ‘mad for it’ after listening to these choons.

The atmosphere hasn’t always been sizzling at the Etihad Stadium for Manchester City’s Champions League matches, but that shouldn’t be a problem when Barcelona come to town tonight.

In an effort to make absolutely sure that the fans are in good voice, the club have launched a ‘Playlist’ feature and have asked celebrity fan Liam Gallagher to pick tracks that resonate with him that will be played before, during and after the clash with the Spanish giants. 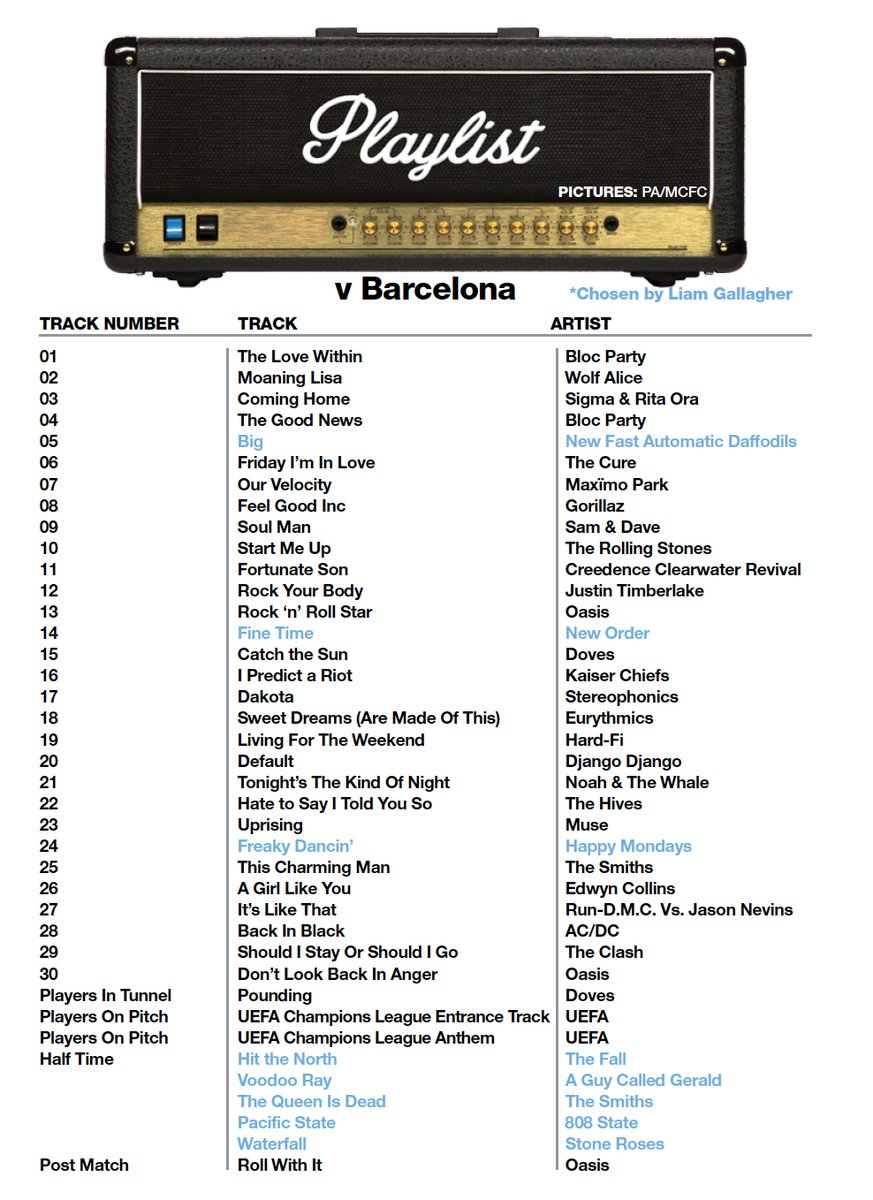 Three Oasis tracks made the cut – ‘Rock n’ Roll Star’, ‘Don’t Look Back in Anger’ and ‘Roll With It’ and there’s also room for classic tuneage from the likes of Bloc Party, The Rolling Stones, Muse, Happy Mondays, The Cure and New Order.

No room for any Blur in there (although there is one Gorillaz song), perhaps Liam hasn’t quite forgotten about that grudge the way his older brother has…

House of Rugby Ireland · Ireland's feel-good win, Casey's initiation song, scrapping Sexton and Scott Williams interview
popular
Eoghan McDermott to leave RTÉ after six years (Report)
One man has been charged following Limerick street party, 50 FPNs issued
€17,500 worth of cocaine found at street party in Limerick
Sony are giving away a free game to all PS4 and PS5 owners
WATCH: Colin Farrell is in deep trouble in deep space in the first trailer for Voyagers
Turns out one of WandaVision's biggest solved mysteries hasn't actually been solved yet
Woman arrested after multiple Garda cars chase vehicle from Ballymun to Wicklow and back
You may also like
6 days ago
TOWIE star Mark Wright is officially the worst player on FIFA 21
3 weeks ago
Jamie Carragher reacts to hilarious TikTok remix combining on-air yelp with John Legend song
3 weeks ago
Roy Keane reacts to the dancing Keano FIFA TikTok meme
3 weeks ago
Watch the official trailer for Netflix's hotly anticipated Pelé documentary
1 month ago
A documentary about Pelé is coming to Netflix next month
1 month ago
Mum's anger at state of £30 free school meals package in the UK
Next Page