Given his occasional waywardness off the tee, we’re sure motorists coming in the opposite direction were slightly worried but it made for an iconic photo nonetheless.

As arguably the most well-known character in the history of the sport, Woods was the ideal man to become the first golfer to hit balls from the east side to the west side of Bosphorus Bridge, the iconic bridge in Istanbul that links Europe and Asia. 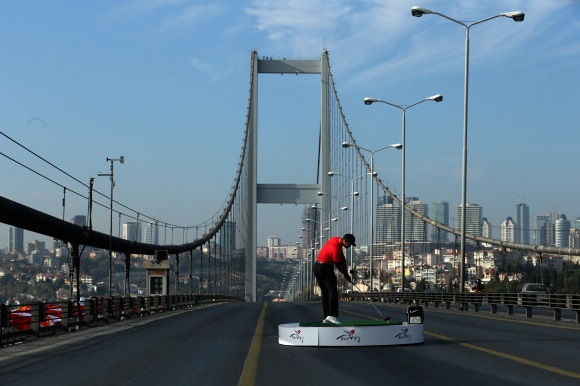 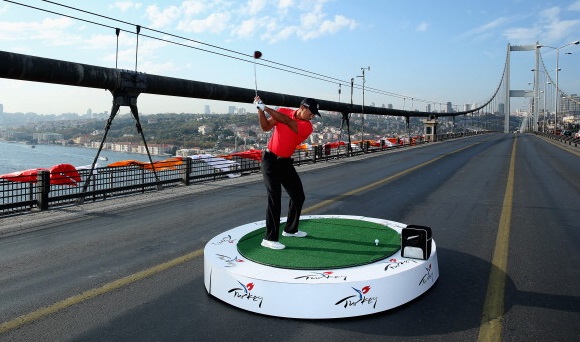 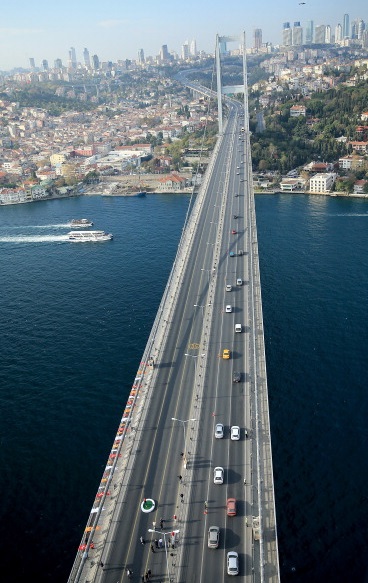 END_OF_DOCUMENT_TOKEN_TO_BE_REPLACED

Despite only hitting ten balls in total, Woods held up traffic for an hour on the very busy thoroughfare, as he followed in the footsteps of the likes of Venus Williams and David Coulthard, who have performed similarly symbolic stunts on the bridge in relation to their own sports.

Woods was promoting the Turkish Airlines Open which starts a little later this week and which will mark his first tournament in six weeks. The course Woods will be playing on is located in Antalya, which is in Asia, so as long as he doesn’t go hitting any balls into Europe over the weekend he should be alright.

popular
Man arrested on suspicion of the murder of Irish man in London
Here's how to make €9-11 on Revolut in just a few minutes
New car-free town with population of 85,000 set to be built in Dublin
Galway City Council street cleaners claim Lotto jackpot worth over €5.5 million
Elderly Irish man stabbed to death on mobility scooter in London
QUIZ: Can you name all the countries beginning with A?
Articulated lorry driver in his 20s dies in Tyrone
You may also like
7 months ago
Netflix to create Drive to Survive-style series around the PGA Tour
11 months ago
Golf's version of Drive to Survive is reportedly coming to Netflix in the very near future
1 year ago
Fine Gael senator says golf and sea-swimming restrictions should be lifted
2 years ago
"Very chaotic" - Irishman describes being struck by lightning on US golf course
2 years ago
Irishman hospitalised after lightning strike on US golf course
3 years ago
Shane Lowry given a hero's welcome in his hometown of Clara, Co. Offaly
Next Page