"You're only cheating yourself."

There was nothing Barry Murphy enjoyed more than going for speed training. Murphy would head along to track at University of Limerick with the likes of Keith Earls, Ian Dowling, David Wallace, Paul Warwick, Kieran Lewis, Doug Howlett and a few others.

END_OF_DOCUMENT_TOKEN_TO_BE_REPLACED

All the lads were intent on setting personal bests, and some had different ways of getting there.

The Munster lads used to head along in the company of 'The Sprint Whisperer', also known as former Irish sprinter and relay runner Tommy Cummins. He was part of an Ireland relay team that set a national record at the 2000 Olympics, in Sydney, and he has worked closely with hurdler Thomas Barr.

The U.L track would be set up with 30-metre gates and players' short-burst speed would be measured, over 10-metres and over the full distance. Murphy says Anthony Foley, when they played together, was the worst for trying to cheat the system.

"It clocks you at the start, so Axel would go back a yard so he could get a run-up. Then he'd keep his chest in so his arm wouldn't go through the first gate. And then when he'd come up to the third one, he'd reach out as far as he could and try touch the gate.

"No matter how many times he did it, Tom would say, 'You're only cheating yourself here, like!'"

On Baz & Andrew's House of Rugby, Murphy and Andrew Trimble [from 49:30 below] spoke about their sessions with Cummins and tips about how to build up explosive speed. 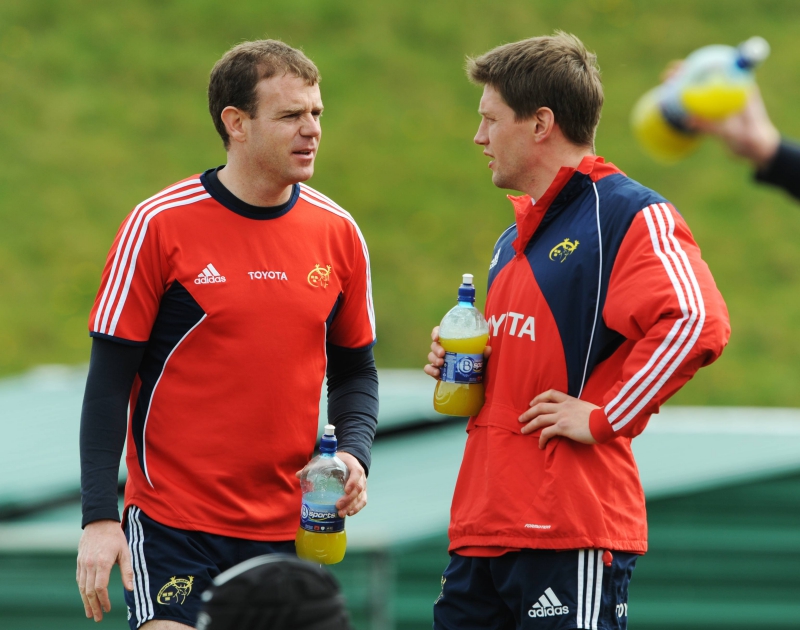 END_OF_DOCUMENT_TOKEN_TO_BE_REPLACED

"On Monday," says Murphy, "you'd do your sessions with explosive weights, like clean-and-jerk, snatch and a lot of Counter Movement Jumps (CMJs)."

Those three exercises were done with the intention on building up muscle and increasing explosiveness - the ability to hit top speed as soon as possible. Andrew Trimble, who also worked with Cummins, says concentric squats and jump squats replaced clean-and-jerk in the Ulster gym in the last couple of years before he retired (2018).

In terms of those CMJs, Murphy's best - from a standing start - was 47cms. Not bad, but way off the current Munster record holder, Peter O'Mahony (63cms).

Trimble revealed sprint advice Jared Payne (ex Ulster and Ireland) gave him back when they were training at Newforge together, a few years back. "Jared said, 'Try it with a ball... you always run faster with a ball'. It didn't work for me, but we put a ball in Jared's hands and his times got faster." 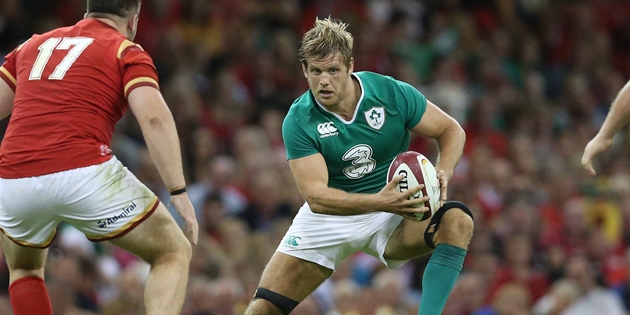 Recalling old gym and sprinting stories, Trimble was laughing as he remembered a speed test occasion for Chris Henry (above) that did not end well.

"Craig Gilroy was on a bike, up on the mezzanine, at Ulster training and he was looking down into the gym. Chris Henry was down there and trying to do sprints.

"He was building himself up - sub, max, sub, max, trying to get there - and eventually this was the one... he was going to take off. He took one step, fell over, landed on his face and Gilly was inconsolable, he was crying so hard and couldn't stop laughing!"

Those poor old forwards, they don't get it easy.

CHECK OUT THE FULL SHOW HERE: