The Lions were out on the town on Saturday night after a gruelling six weeks in New Zealand, and it looks like they were hard at it.

We've all seen the videos of a boisterous Ben Te'o proclaiming himself and Johnny Sexton as the best 10 and 12 that Ireland has ever seen.

Slightly debatable, Ben, but, we'll let you off with that one.

Well, it seemed like it was all a bit too much for Sexton. Maybe the non-stop action of a tough six weeks Down Under had taken its toll on him. 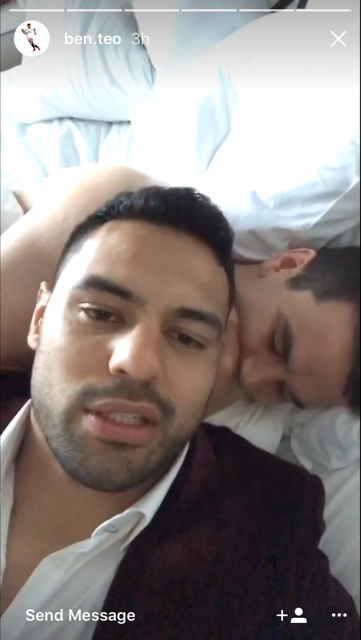 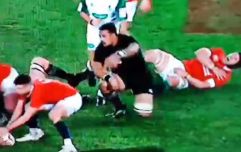 WATCH: Sean O'Brien somehow gets back on his feet after crunching hit by Jerome Kaino

END_OF_DOCUMENT_TOKEN_TO_BE_REPLACED

Sean O'Brien was showing no such ill-affects, despite his thumping collision with Jerome Kaino during the drawn final test, which forced him to be withdrawn from the game.

O'Brien was back at it on Saturday night and he appeared in great spirits.

The Carlow man was leading his Lions team-mates in a rousing rendition of Westlife's ageless ballad 'World of your own.'

The 30-year-old was like a wild country man belting out the tunes in the middle of a Coppers Tuesday dancefloor.

Leigh Halfpenny, get off your phone and appreciate the songbird of Irish rugby.

Sean O'Brien belting out a westlife classic is what we all wanted to see!! pic.twitter.com/y46k2ghuOZ

Someone get that man a pint of Guinness, it's what he wants.

The Big Reviewski || JOE · TBR Spotlight: The Falcon and the Winter Soldier Episode Five - 'Truth'
popular
The 50 most iconic songs of all time* have been revealed
QUIZ: Can you answer all of Sinead and Daniel's questions on the Irish Celebrity Who Wants to be a Millionaire?
The JOE Friday Pub Quiz: Week 239
The JOE Music Quiz: Week 53
Taoiseach Michéal Martin says Ireland could face another lockdown by winter
PICS: The man with the biggest penis in the world has one unbelievable problem with it
QUIZ: You'll find it hard to name all these towns from their Irish name (part 2)
You may also like
3 years ago
Sean O’Brien to take on Ryan Tubridy in what must be a world’s first TV challenge on the Late Late
5 years ago
VIDEO: The new Sean O’Brien Supermac’s ad is everything we could have hoped for
5 years ago
VIDEO: Sean O'Brien would be very proud of this Norwegian footballer's fantastic farming related answer
5 years ago
TWEET: Jamie Heaslip is winding up Sean O'Brien on Twitter
5 years ago
PIC: Pascal Papé's Wikipedia page now includes an explicit reference to his tangle with Sean O’Brien
5 years ago
Pascal Papé had some pretty damning things to say about Sean O’Brien during his disciplinary hearing
Next Page