The complete spoofer’s guide to talking about Super Bowl LIII

Welcome to the Complete Spoofer's Guide to talking about Super Bowl LIII.

If you're reading this there's a good chance you've been invited to watch the big game somewhere and you want to have some general idea of what you're talking about.

On Sunday, 3 February, the LA Rams will be taking on the New England Patriots. 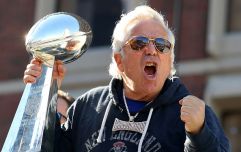 END_OF_DOCUMENT_TOKEN_TO_BE_REPLACED

A little bit of knowledge can be a very dangerous thing but hopefully, there's enough in here that can get you through the game without being exposed as an NFL rookie.

"Spoofing" is an art form and if you stick to this guide you should be able to navigate through the game without going 'this Mahomes lad is decent isn't he?' or 'Is Tom Brady still playing?'

Most of talking about Super Bowl LIII will boil down to enthusiasm. If you make it look like you're getting into the game, it'll be a lot easier to convince others that you know what you're on about.

Here are the do and don'ts of Super Bowl LIII.

Do - know the quarterback

He's generally the most important player on the field and will spend a considerable amount of time on the television so it's worth knowing a little bit about them. 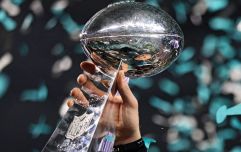 END_OF_DOCUMENT_TOKEN_TO_BE_REPLACED

Lining out for the Patriots, Tom Brady is the most successful quarterback of all time. He's won five Super Bowls, having appeared in nine throughout his career.

At 41-years-old he is the oldest QB to lead the league in passing yards. Basically, he's a pretty damn good player.

Meanwhile, the LA Rams' Jared Goff had a career year and was fourth in the NFL for completion percentage with a 64.9% completion rate and has the second most throws of over 20+ yards. That's the QB's covered.

He's only 24, so maybe asking someone with more knowledge if they think he has what it takes to be up there with Tom Brady would be a good shout.

You won't get caught out for being full of crap if you let other people do the talking.

Do - know your buzzwords

Gauge the knowledge level of those around you. Don't get bogged down in a conversation about offensive line patterns, 3-4 v 4-3 defences or zone coverages.

When you're talking about Super Bowl LIII, try to keep it basic.

Some handy words and phrases to throw around; separation, awareness, vision, locks eyes with the target, workhorse, and ballhawk.

Look, we could just give you a list of things to say and hope for the best. As easy as that sounds, you'll get found out very quickly.

Keep it simple, and avoid copying what other people are talking about unless you know what it is.

In association with Budweiser, we're hoping to send you and a mate over to Super Bowl LII. All you have to do is play our American Football kicking game.

Just fill in your details, and try to reach your best score. The rules of the game are pretty simple, you just have to get your timings right.

We'll be keeping track of everyone's score, with the winner being selected randomly from the top five.

popular
One of the most ridiculous blockbusters of recent years is among the movies on TV tonight
QUIZ: Only the brightest will conquer this tricky General Knowledge Quiz
The JOE Movie Quiz: Week 173
The JOE Friday Pub Quiz: Week 314
The JOE Music Quiz: Week 123
QUIZ: Step on up and conquer this tricky General Knowledge Quiz
QUIZ: How well do you know The Mighty Ducks?
You may also like
2 years ago
Rihanna turns down Super Bowl half-time show as she couldn't be "a sellout"
3 years ago
Maroon 5 finally recruit support acts for their Super Bowl half time show
3 years ago
COMPETITION: Win two Super Bowl 2019 tickets with flights and accommodation
1 year ago
Four Irish players propelled into Lions debate after England hiding
1 year ago
Craig Casey and Johnny Sexton combination backed for Italy clash
1 year ago
Defence grows for Billy Burns after one of the roughest days of his rugby career
Next Page