Is Frank Lampard the right man for Chelsea?

Chelsea certainly think so as Lampard became the 14th manager Roman Abramovich has appointed since he bought the club in 2003. 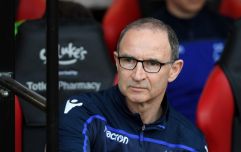 END_OF_DOCUMENT_TOKEN_TO_BE_REPLACED

Abramovich's restlessness and his desire for more from his managers have not prevented Chelsea being successful. Maurizio Sarri may have spent last season moving between the anger of his own supporters and the defiance/misunderstandings from his players but he still ended it with a Europa League and a top four place.

But he's gone now and, after one adequate season at Derby County, it's time for club legend Frank Lampard to return and make everyone feel good about themselves again. It's time for the Chelsea Way to assert itself again.

There have been many who have welcomed the appointment, pointing out that Pep Guardiola was untried before he got the Barcelona job but, like Lampard, he understood the club. 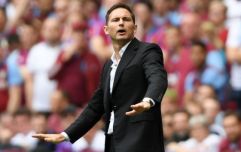 END_OF_DOCUMENT_TOKEN_TO_BE_REPLACED

Is this helpful? On the Football Spin, Dion Fanning think it isn't. There were a lot of bad managers who were given time because Alex Ferguson got time at Manchester United and it may be that a number of clubs are entering a stage where they search for the next Guardiola by trying to replicate the circumstances of his appointment.

But most managers, Fanning says, are not Ferguson or Guardiola and it doesn't do any of them much good to say they are.

Lampard says he knows the club, but given Abramovich's record with managers maybe he doesn't know Chelsea as well as he thinks.

Certainly there will need to be patience and an understanding of the club's position if Lampard is to do what Chelsea say they want him to do.

END_OF_DOCUMENT_TOKEN_TO_BE_REPLACED

They want him to develop young players but every manager has been asked to do that, even if now, with the transfer ban, Chelsea may have to.

But ultimately, can Chelsea change their nature? That is the only thing that matters and comparisons with Guardiola won't make any difference.

It's all part of The Football Spin

popular
Aer Lingus warns customers flying on Friday afternoon to check in at the airport
Lidl to launch its second 'reverse vending machine' in Ireland next week
The JOE Friday Pub Quiz: Week 296
Lidl announce a massive warehouse sale for one weekend only
Dublin's sixth 24-hour bus route launches today
QUIZ: Can you get top marks in this progressively harder capital cities quiz?
The 50 most iconic songs of all time* have been revealed
You may also like
2 years ago
'Liverpool are probably going to sell Divock Origi in the summer and that's the right thing to do'
2 years ago
Chelsea's easy victory in a venue nobody wanted to go to doesn't do football any favours
3 years ago
Why Manchester City's treble is the final nail in the FA Cup's coffin
3 years ago
Why Ole Gunnar Solskjaer has taken Manchester United as far as he can
3 years ago
"I have one criticism of Jurgen Klopp..." - was this a fair assessment?
3 years ago
The Football Spin on why Liverpool's team ethic couldn't withstand the genius of Lionel Messi
Next Page