This toughest drill the Irish rugby team does sounds disgusting

Nope, happy enough never to do that...

Tadhg Furlong was a guest on The Hard Yards rugby podcast this week and was in flying form when we spoke to him.

He spoke at length about growing up down in Wexford in a wide-ranging interview.

But one thing he spoke about was some of the toughest drills he has done during his time in Ireland camp from the 54:00 mark below, and we have to say, it sounds disgustingly difficult. 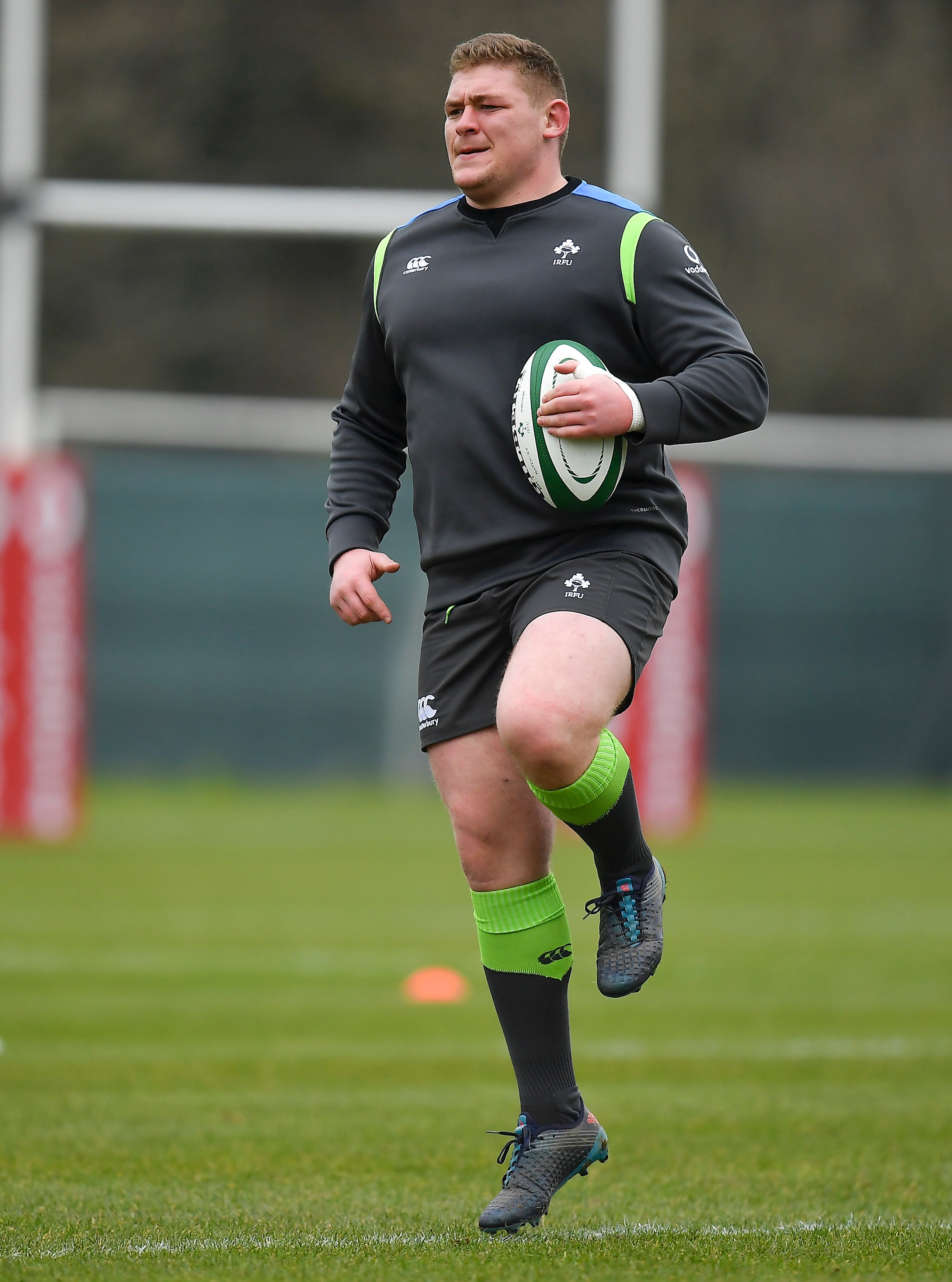 In case you don't have time to listen to it now, here's a quick rundown of what he said.

END_OF_DOCUMENT_TOKEN_TO_BE_REPLACED

"When I first came in," Furlong says, "we used to do something called '150s' out in Santry. They were miserable.

"It sort of changes over the years. We got into yo-yos [shuttle runs] for a while. Then we got into a 1-kilometre test at the start of pre-season. Now it's called The Bronco."

"A lot of the provinces now do it but Charlie Higgins, our strength an conditioning coach [at Leinster], brought it in from Australia.

"It's a series of shuttle runs and I think it adds up to be 1.2k in the end. That's pretty miserable, to be honest with you. It's a bit about speed, accelerating, decelerating and being able to hold that over a period of time.

"It's about being able to hold that speed and cover that distance as well."

popular
Travis Barker rushed to hospital after tweeting "God save me"
Gardaí issue update on investigation into murder of Sophie Toscan du Plantier
Calls for €20 social welfare increase and minimum wage of €13 in new Budget
Fan remakes Simpsons: Hit and Run as open-world game and it looks amazing
Amazon Prime Video has just quietly added 15 big movies to its library
R Kelly sentenced to 30 years in prison for sex trafficking and racketeering
The 10 best TV shows of 2022 so far
You may also like
3 months ago
Scottish Parliament official dies during rugby game in Dublin
4 months ago
Every Guinness fan needs to try these brand new experimental beers
4 months ago
"Samaritans saved my life" - Brent Pope praised for honest interview on Tommy Tiernan Show
1 year ago
Craig Casey and Johnny Sexton combination backed for Italy clash
1 year ago
Defence grows for Billy Burns after one of the roughest days of his rugby career
1 year ago
Major upside to Ireland's Six Nations challenge that should make all the difference
Next Page