Vince McMahon is bringing back the XFL, but what the hell was it in the first place?

Rejoice, for a mad billionaire is about to blow all of his money again.

The sports - and sports entertainment - world is abuzz with the news that WWE supremo Vince McMahon is resurrecting his beloved, failed American football league.

Despite losing a reported $138 million back in the day, the XFL is coming back in two years time.

END_OF_DOCUMENT_TOKEN_TO_BE_REPLACED

Conceived as an alternative to the NFL, McMahon's version ran for just one season in 2001.

At the turn of the century, McMahon and his then-WWF were on fire. The infamous 'Attitude Era' drew huge audiences, television ratings, and pay-per-view buy-rates. Wrestling had never been hotter, and arguably never will be again.

With his great rival WCW bought and subsequently buried, McMahon - who was once mocked by David Letterman for his lack of sports knowledge - felt confident enough to take on the National Football League.

Having quipped that the NFL was the 'No Fun League', he promised a faster, more aggressive and exciting brand of American football, with larger-than-life personalities at the forefront.

"No indoor fields. No prima-donnas. No wimps."

END_OF_DOCUMENT_TOKEN_TO_BE_REPLACED

It all kicked off right after the Super Bowl in 2001, debuting to huge ratings (15.7 million viewers) and instant criticism from football fans and pundits alike. Ratings would plummet in the following weeks, as fans violently rejected the concept.

In the end, McMahon's grand vision crashed and burned in the same year that it emerged - much like the ill-fated XFL blimp - and there are many reasons why...

END_OF_DOCUMENT_TOKEN_TO_BE_REPLACED

Naturally enough, the best players resided in the NFL and weren't interested in dropping down to this strange new world, so from the off there was a noticeable lack of quality on the field.

#2. They had no time to improve

As they were only afforded a month-long training camp together. One month!

Oh, and they were paid a pittance in comparison to NFL players and weren't given health insurance. Nice.

#3. The gimmicks didn't really catch on 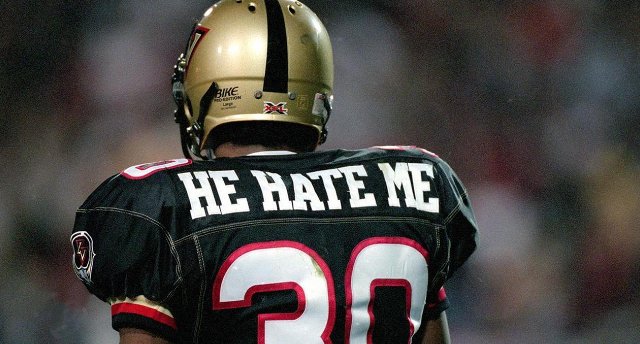 Players were given the chance to have anything that they wanted on the back of their jersey, but the vast majority turned down this ridiculous concept in favour of... just having their name please, thanks.

One man who didn't was Rod Smart, who opted to have 'HE HATE ME' plastered across his shoulders, raising such questions as 'Who is he?' and 'Why does he hate you?'

Amazingly, this didn't lead to mega-stardom, but Chris Jericho wore a jersey with Smart's nickname on it once, so that's more than most of us got, at least.

Oh, and there were also these guys: 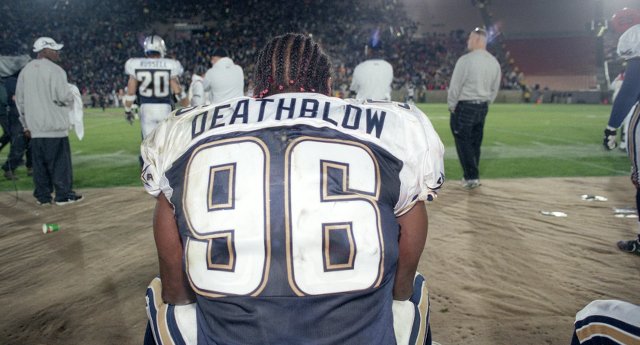 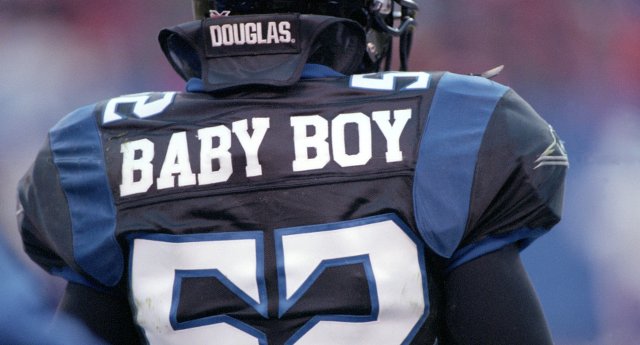 In place of a coin toss to start the game, the XFL introduced the 'scramble', in which opposing players ran towards the ball. Sounds cool enough, right?

If you're thinking such a thing might lead to injury, you're dead right; one of the first scrambles resulting in the winning player walking off the field with a separated shoulder for his troubles.

#5. The ball was rubbish

In-keeping with the XFL's cool extreme brah aesthetic, the ball sported the red-and-black signature colour scheme of the league.

Alas, over time the black dye made the ball difficult to handle and they had to sand the balls down in a bid to regain control. No big deal guys, just the NAME OF THE THING YOU'RE PLAYING.

Eventually they were given backstage storylines ala WWF, in a desperate bid to increase sagging ratings. It didn't work.

#7. The XFL directly insulted the NFL

And they did it a lot, which is not ideal when you're trying to win over their die-hard fans.

#8. Partnering with NBC led to fights and mismanagement

Teaming up with NBC for a 50/50 split of control and profits (ha) meant that nobody was really in charge, which is not a good place for a famed control freak like Vince McMahon to be.

Smash cut to the end of a disastrous inaugural season and NBC pulled out, leaving McMahon with little negotiating room with the remaining networks. And thus, eventually, that was it.

But now, from the ashes, it's back. Almost.

In the meantime, it's worth checking out ESPN's recent 30 For 30 documentary on the XFL, even if it is guilty of being a touch too generous towards its subject matter.

That doc did end with Vince teasing a return to football, and in 2020 he'll do it all again. 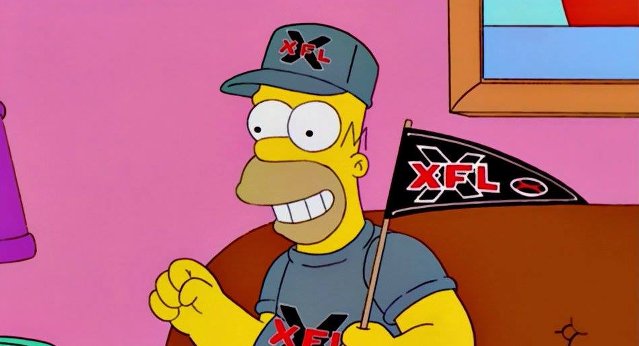 The Big Reviewski || JOE · TBR Spotlight: Loki - Episode Two - 'The Variant'
popular
QUIZ: Can you name all these European countries from a list of cities?
The JOE Friday Pub Quiz: Week 248
QUIZ: Can you get full marks in this potentially very frustrating general knowledge quiz?
Three men arrested after reportedly attacking staff of premises on South William Street
Matt Damon planning return trip to Ireland to travel around the country
Canada has been removed from the mandatory hotel quarantine list
QUIZ: Take on this tasty challenge of your General Knowledge skills
You may also like
1 month ago
Dave Bautista talks about Sheamus' potential future in Hollywood
4 months ago
Emotional night for old-school legend Edge at the WWE Royal Rumble
5 months ago
Mick Foley asks Vince McMahon to kick Donald Trump out of the WWE Hall of Fame
5 months ago
Chris Jericho and Bray Wyatt pay tribute to late wrestling star Brodie Lee
5 months ago
Former WWE wrestler Brodie Lee has died, aged 41
6 months ago
WWE Hall of Famer Pat Patterson has died, aged 79
Next Page