Anthony Foley died on 16 October 2016 while staying at a hotel in Paris with the Munster squad.

Sport in general, and Irish Rugby in particular, lost a legend the day that Anthony 'Axel' Foley died. Foley passed away in his sleep in October 2016 due to heart disease which had caused an acute pulmonary oedema.

Munster mourned the rugby great, who had captained Ireland on three separate occasions. 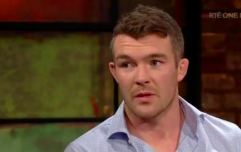 WATCH: Peter O'Mahony had some beautiful words about Anthony Foley on the Late Late Show

END_OF_DOCUMENT_TOKEN_TO_BE_REPLACED

Axel's loss is still felt today, but to honour his dedication to the game, Shannon Rugby Club commissioned a bust of Foley from renowned sculptor Seamus Connelly.

This incredible piece was presented to the public on 19 January 2018 and the video tells the story of Connolly's detailed creation of the bust and why it was made.

The piece also features Chairman of Shannon RFC, John Leahy, mentioning how the Foley family are "sewn into the fabric" of the club.

“We were so proud of Anthony in particular. We had a lot of celebrated players but Anthony was one of the greatest and one of the quietest. He was never brash or loud. The ironic thing is that he wouldn’t have liked all the fuss around an event like this.”

Shannon RFC tweeted the video, stating how proud they are to have it on display in their clubhouse.

Watch behind the scenes of the inception and creation of the fantastic memorial for Anthony Foley by artist/sculptor @seamusgti
We are incredibly proud to have it on display in our clubhouse @thomondstadium https://t.co/vEChwZTF06 pic.twitter.com/A7Aya2eKkp 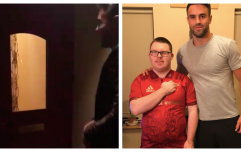 END_OF_DOCUMENT_TOKEN_TO_BE_REPLACED

Sculptor Connolly said he had been honoured to undertake this commission of such an evocative subject.

“I’d have an interest in rugby and Munster so I’d know what Anthony Foley represented," he added.

“But it is exceptionally nerve-wracking to undertake a project like this given that he died so recently and leaves a wife and young children who all would have clear memories of him. I worked off a series of pictures and from those I picked a pose that represented him best to my eye.”

The Big Reviewski || JOE · TBR Spotlight: Loki - Episode Two - 'The Variant'
popular
QUIZ: Can you name all these European countries from a list of cities?
The JOE Friday Pub Quiz: Week 248
The 50 most iconic songs of all time* have been revealed
Three men arrested after reportedly attacking staff of premises on South William Street
PICS: The man with the biggest penis in the world has one unbelievable problem with it
Aer Lingus introduce new fee to bring carry-on bags onboard flights
People think they've figured out the ranking of the viewers on your Instagram Stories
You may also like
7 months ago
Eight Gardaí suspended over allegations of corruption
7 months ago
Two men arrested over 10 burglaries in shops, petrol stations and post offices across four counties
1 year ago
Investigation launched into "alleged Garda corruption and wrongdoing" in Munster
2 years ago
Keith Earls recalls the time he played hurling with a plank of wood
2 years ago
PIC: Northern Ireland fan mistakes Munster flag for man in balaclava
6 months ago
Jake Paul calls out Conor McGregor in nasty video
Next Page