Still playing GTA? Then you'll be happy to hear the makers have just added a nightclub for you to manage

Best of all, you can get digital version of real musical acts to play there!

You would think that Rockstar Games would be focusing all of their attention on the upcoming Red Dead Redemption 2 release, what with it being one of the biggest releases in the history of the PS4 and all.

Despite that, they're still adding more and more content to their Grand Theft Auto universe, as you'll remember a few months back, when it was announced there was actually hidden mission inside the GTAV game that would link it directly to the upcoming RDR2. 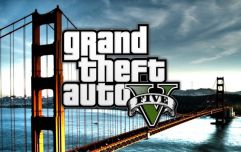 END_OF_DOCUMENT_TOKEN_TO_BE_REPLACED

This week, Rockstar announced that they were adding a new mission to GTA Online, and that it will involve players setting up and organising their own nightclub.

The new mission, imaginatively titled Los Santos: Nightclubs, will allow you to have digital version of real life musical acts perform in your nightclub, including Solomun, Tale Of Us, Dixon and The Black Madonna.

Rockstar have given a lot of information... except for an actual release date, with the vague confirmation that it will be out in July. Check out the teaser below: