There is very little in life as annoying as returning to your car to find a parking ticket under your wiper. Or worse still, to find it has been clamped!

If there is something more irritating, then we don't want to know about it.

Thankfully, Google Maps has just set up a new update that will potentially bring an end to all of that hassle.

Basically, drives will be able to mark their car by a blue marker using location services.

They can then set a timer, meaning their phone will go off when time is running out on the parking meter. Simples! 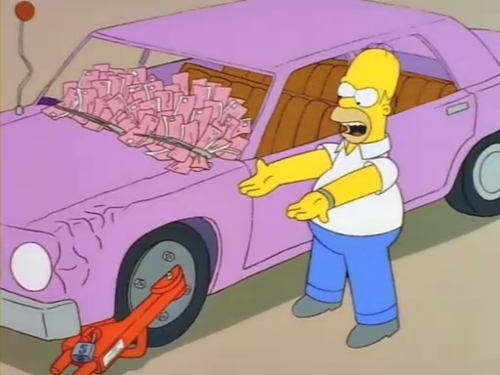 Currently running only as a testing Beta - with the full version set to launch before the end of the year - you can try it out now if you head to the Google Maps app on the Google Play store.

END_OF_DOCUMENT_TOKEN_TO_BE_REPLACED

Unfortunately for iPhone users, there is no sign of it arriving on Apple products just yet.

Also, can we just pitch something to Google while we're on the subject?

Why not create an update that will show users where is free to park and where will need to be paid for, on Google Maps? We imagine there'll be a lot of interested drivers in that particular update.

popular
Netflix has just added an incredibly tense 97-minute thriller
Prime Video has just added 25 very big movies to its library
Stunning Mayo beach named the best place to swim in Ireland and the UK
The Ultimate "That Actor From That Thing" Quiz
The 50 most iconic songs of all time* have been revealed
WATCH: House of Hammer details the alleged crimes of award-winning actor Armie Hammer
Joe Rogan's new stand-up special is now on Netflix, and it's really funny
You may also like
3 weeks ago
Microsoft could be sizing up to buy Netflix, claims analyst
1 month ago
Half of the internet stopped working due to outages
1 month ago
A new rival to Revolut is set to launch in Ireland
1 month ago
Google suspends employee after claiming an AI had become sentient
2 months ago
Apple to introduce 'Safety Check' feature to assist victims of abusive relationships
2 months ago
Elon Musk's $44 billion acquisition of Twitter on hold due to fake accounts
Next Page