An extensive report by the New York Times has revealed the shady business of buying and selling fake followers and bots on social media, exposing several public figures in the process.

In the case of Aiken, he used his fake followers to boost complaints about his new car.

Bought a car & paid for it. It's sitting on lot and I'm not allowed to take it b/c @volvocarsus can't get its shit together. #dobettervolvo

The fake followers in question come from Devumi; a marketing company that aims to "accelerate your social media growth", promising a "guaranteed boost" for your platform.

Devumi claims to be based in Manhattan, but is actually run out of West Palm Beach, Florida by a 27-year-old man named German Calas, who is described in the report as having a persona that is "a mixture of fact and fantasy".

Devumi sells Twitter followers - copycats of real people and complete fakes - and retweets to celebrities, politicians, businesses, and anyone who is looking to appear hugely popular and influential online.

At the time of the New York Times exposé, the company has at least 3.5 million automated accounts - sold over and over again - and has provided customers with over 200 million Twitter followers to date. 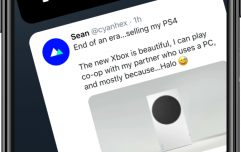 Twitter introduces its own form of stories with new feature Fleets

END_OF_DOCUMENT_TOKEN_TO_BE_REPLACED

The publication of the report has led to New York Attorney General Eric Schneiderman taking an interest. Schneiderman announced - on Twitter, of course - that he and his team will be opening an investigation into Devumi and its practices.

Twitter themselves made a statement, condemning the actions of Devumi.

The tactics used by Devumi on our platform and others as described by today's NYT article violate our policies and are unnacceptable to us. We are working to stop them and any companies like them.

As the New York Times report notes, Twitter and other social media platforms prohibit the buying of followers, yet Devumi is not an isolated case.

"Social media companies, whose market value is closely tied to the number of people using their services, make their own rules about detecting and eliminating fake accounts."

One to keep an eye on, anyway.

House of Rugby Ireland · Quinn Roux on finding a home in Ireland and Mike McCarthy brings the absolute HEAT!
popular
Holly Willoughby criticises influencer for travelling to Dubai during pandemic
Vials of Covid vaccine in Louth and Meath area dumped as they weren't stored properly
Here are the best movies on TV tonight
QUIZ: Can you name all of these countries just from one of their cities?
New Zealand set to close its borders for the entirety of 2021
Leo Varadkar says if Ireland introduced mandatory hotel quarantine, it would have to do so for a year
Lidl to open six new stores and create 1,200 jobs in Ireland over the next year
You may also like
1 week ago
Twitter CEO Jack Dorsey explains why Trump is permanently banned
3 months ago
Donald Trump's Twitter hacked by Dutch researcher for the second time
3 months ago
Twitter will remove tweets that wish death on Donald Trump after positive COVID-19 test
3 months ago
Luke Ming Flanagan says controversial Saoirse McHugh tweet was posted from Belgium while he was in Ireland
2 months ago
Apple forced to pay €95 million after admitting they slowed down old iPhones
2 months ago
Hands on with the Google Pixel 5
Next Page