The Chromecast with Google TV is such an upgrade on the previous model that they're basically not the same product anymore.

When the Chromecast made its debut back in 2013, it was a simple dongle which increased the intelligence of your TV, saving you several hundred euros in the process.

END_OF_DOCUMENT_TOKEN_TO_BE_REPLACED

With most smart TVs having interfaces with built in apps like Netflix, YouTube and others, there was less need for the humble Chromecast, especially given the fact the TV remote worked on these apps for ease of use.

But Google has listened and have released its Chromecast with Google TV (the name doesn't exactly roll off the tongue admittedly), and its very clearly not the Chromecast you've known from before.

To be clear, it still does all the nuts and bolts stuff that a regular Chromecast does; it connects with your phone and plays content quickly and easily when you cast it. 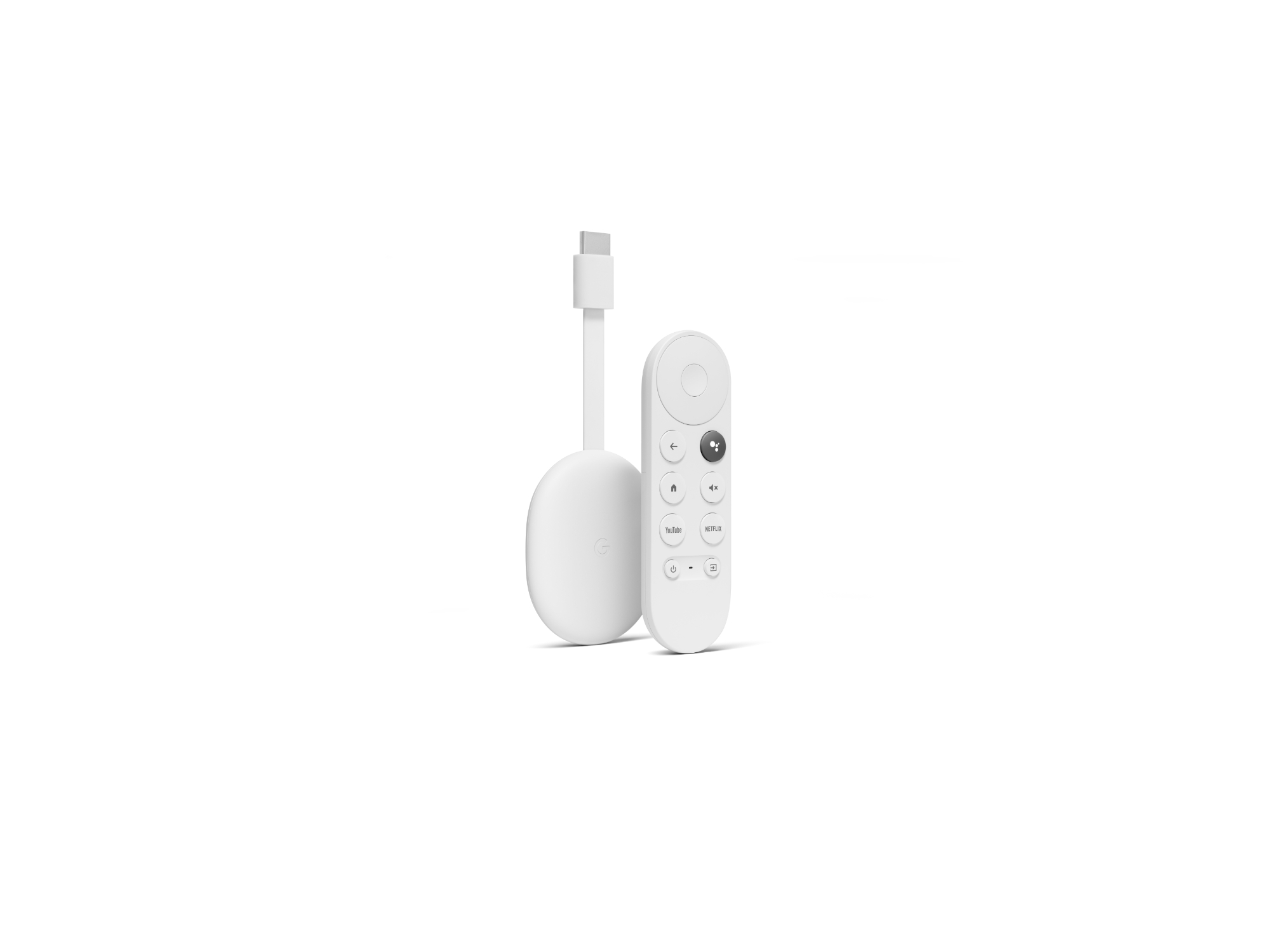 END_OF_DOCUMENT_TOKEN_TO_BE_REPLACED

But it all pales in comparison to the brand new Google TV interface. It's the new name of Android TV, a smart TV platform which collates all your streaming choices from across all platforms at the same time.

We've been using the Chromecast with Google TV for the past few weeks to see if it's worth forking out €68.85 on the Google Store for it.

This was as straightforward as possible. You connect it to the back of your TV and plug it into a power outlet (this uses a bit more juice than previous Chromecasts so connecting it via USB to your TV doesn't quite work).

END_OF_DOCUMENT_TOKEN_TO_BE_REPLACED

You will need a Google account, which might be an issue for some but if you can overcome that obstacle, you just have to scan a QR code and you're on your way.

Then it's just a matter of signing into any streaming services you're subscribed to so the software can drop the suggestions on your home menu.

The biggest advantage this has over its rivals is its helpful interface. It drags titles from Netflix, Amazon Prime, Disney+ and more to your home menu and uses the preferences from your accounts to predict your tastes. It also provides opportunities to purchase/rent films from Google's own store. 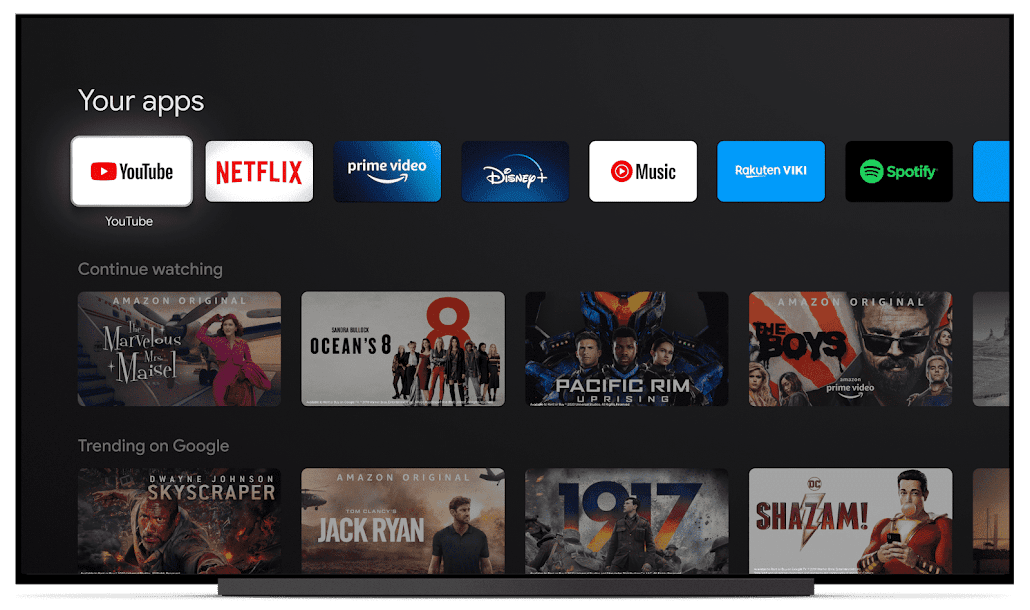 It eliminates a lot of the hassle associated with the hunt for something to watch. YouTube suggestions interlaced with TV series and movies provided a collage of content I didn't even know I was already paying for.

My smart TV has its own remote and apps for all my streaming services already, but the Google TV interface is just easier and after two weeks, I found myself not using the built in apps on the TV at all. 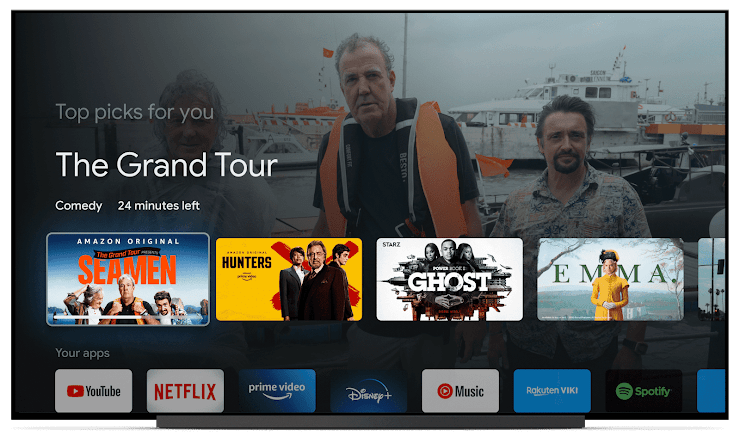 One small detail that I really liked was the inclusion of the Rotten Tomatoes rating on all the series and movies, something which is excluded from Netflix's own apps in favour of their "match" rating system.

Most apps are supported but notable absentees (at the time of writing) include Apple TV+ and Sky's Now TV.

I dislike having to use my own phone as remote for things. I've been caught out once too often where the volume on a scene is considerably louder than the entire preceding movie and I've been scrambling to turn it down or pause it on my phone.

Plus it can be needlessly delicate to try and skip forward on certain apps via your phone.

So the remote is compact, with large buttons and runs on two AAA batteries (included in the box). It has dedicated Google Assistant, Home, YouTube and Netflix buttons to make your life a little easier.

The Google Assistant works the same way as other Google Assistants in that you can ask it questions etc. Basically, when used correctly, it turns your TV into a giant Nest Hub which is pretty cool.

Yes, the ability to cast apps and videos from your phone is a great thing to have. But the inclusion of a remote to make life that little bit more straightforward is very welcome.

The remote combined with the user-friendly interface is a huge plus for the new Chromecast with Google TV.

People talk about meaningful upgrades, the type that make you want to purchase the new version.

The Chromecast with Google TV is such an upgrade on the previous model that they're basically not the same product anymore.

If you want a great Android TV and Chromecast experience, look no further than here.

popular
Parents left in shock after gorillas start mating in front of kids at zoo
Conor Mcgregor hit by car ‘at full speed’ while cycling
Harvard study reveals how many times men should ejaculate each month to stay healthy
Colin Farrell shouldn't win the Oscar this year
The JOE Friday Pub Quiz: Week 331
DJ accidentally shoots herself in the face with a confetti cannon while performing
Netflix has just added one of the best sci-fi movies of recent years
You may also like
1 month ago
People are warning others about using new AI selfie app
1 month ago
18 very affordable gifts for your aul' fella or brother this Christmas
3 months ago
Elon Musk set to take over Twitter after completing $44 billion purchase
4 months ago
How Twitter is changing gaming as we know it
4 months ago
WATCH: Apple's iPhone 14 event featured some creepy teases for Severance Season 2
6 months ago
Instagram walks back on recent changes that you all hate
Next Page