The latest addition to the Galaxy family is the best yet, with a heap of fancy new features

We've long been fans of Samsung's phones, from the days of the SGH E720, through to the Ultra, and all the Galaxy family, from the S1 to the S3, which we currently own.

So when we got our hands on the S4 to review, the latest and most powerful phone in their range we were pretty excited, and it didn't disappoint.

END_OF_DOCUMENT_TOKEN_TO_BE_REPLACED

First off, the screen was fantastic and noticeably better than on its predecessor. At 5 inches, it's also slightly bigger, but they haven't made the phone chassis itself bigger, which is a nice touch. It's the same Amoled screen that we saw on the S3 and other models, but at 1920 x 1080, it's a joy to behold, especially when watching media on it, from YouTube videos to full shows that you might have knocking about on your hard drive. We also noticed that, in the bit of sunshine we had there for those few weeks that it was noticeably easier to see than the S3 in sunlight.

The processor is also noticeably faster, and handles multi-tasking as if it was no bother to it. We're beginning to sound like we're running the S3 down here, but having had it for a while, it is slower in comparison to the S4 when it's working on a few different things at once or switching between apps. The S4 was breezing from music player to Twitter to Internet app without a bother. It's also quicker to start up apps that require a bit of time on its predecessor. 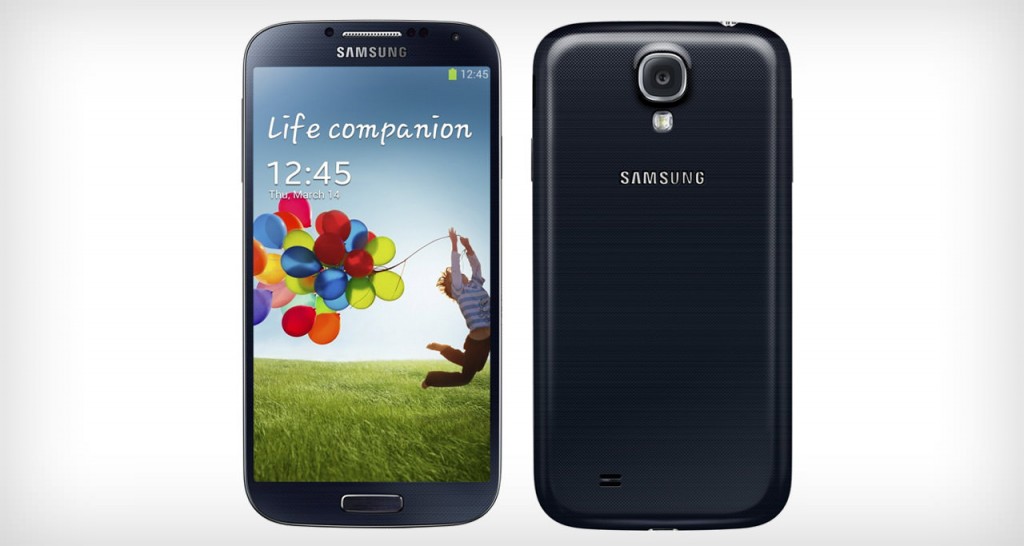 The battery life (which can be a tricky thing to measure given that a lot of batteries give a similar display these days) didn't cause any issues. The battery itself is physically slightly bigger (which we're sure means it's more powerful of course, that's just science) and it lasted easily through to the end of the day, even with pretty heavy use from playing podcasts, music, tweeting, Facebooking...all the usual suspects.

The camera, at 13MP, is pretty powerful and delivers some great images. There are also a whole heap of features on the camera mode, most notably the Sight & Sound mode, which allowed you to take a snap and then record a few seconds of sound over the top. Unfortunately, these only worked on other S4 models, but it's still a nice feature, particularly if you have relatives abroad, and you can send them a nice memento of home. They also have other modes like Best Photo (which chooses the best image from a series of shots), Rich Tone HDR (which gives a beautiful tone to all the images) and Eraser, which can help you to remove those pesky photobombers from your shots.

Perhaps the thing that we found most fun and, in the end, pretty useful, were the Smart Stay, Smart Scroll and Air Gestures features. The scroll and stay were a little strange at first, but once we got used to them, the sensors on the outside easily picked up our movements and we were able to roll up and down a webpage or email without a bother. Air View, which we didn't use as much, allows you to hover your finger over a message or a mail and get a preview, which is handy of course, and Air Gestures was also pretty useful. With the latter, you can swipe your hand above the screen (not on it) and skip tracks, flick between photos, and do most of the things you would normally have used your finger to swipe with.

END_OF_DOCUMENT_TOKEN_TO_BE_REPLACED

This does allow you to roll back a bit on all the touching and smudging your screen would get throughout the day, and while obviously you'll still have to touch your screen at some stage along the line to send messages and so on, these features are useful. Some of them were in place on the S3, but they are much more refined and work much better on this latest model.

One negative point, if we had to point one out, is the plastic chassis again, as with the previous Galaxy S models. Since this is the brand's flagship phone, we would have liked to have something a bit more solid on the back, and having just unluckily smashed the screen of our S3 (#fisrtworldproblem) we were hoping for something a bit more premium this time around. However, there is a faux metal band around the outside which gives it a more finished look in comparison to its predecessor, and if you get yourself a decent cover (worth doing to keep thi beautiful machine looking new) then you're sorted on that front.

Overall, before we got our hands on this phone we had concerns that it was going to be Samsung's version of the iPhone S series, but it isn't at all. Rather than being the S3 lite, it's a considerable step up from that model, and has the processor power and screen to prove it. We encourage you to get your hands on one if you're considering an upgrade, and check out the feel of it for yourself.

The Big Reviewski || JOE · The Big Reviewski with Y: The Last Man, that Malignant ending & a secret streaming service
popular
The JOE Friday Pub Quiz: Week 261
The five "best places to live" in Ireland have been revealed
One of the best war films ever made is among the movies on TV tonight
One of the better Liam Neeson action romps is among the movies on TV tonight
Daniel Craig says goodbye to James Bond in emotional farewell speech
QUIZ: Flex your brain definition with this general knowledge quiz
Stephen King has some amazing things to say about Netflix's new horror series
You may also like
5 days ago
Garth Brooks might be returning to Ireland, and people have a lot to say about it
1 month ago
People have been sharing their “fashion” experiences in Ireland and it’s incredible
1 month ago
The man behind the wildly viral 'Free Luas' campaign says he just "thought it was funny"
1 month ago
Luas reaffirms customers "found travelling without a ticket" will be fined amid 'Free Luas' Twitter campaign
2 months ago
10 of the best memes as Love Island return sends fans into a frenzy on Twitter
3 months ago
Twitter users declare Matt LeBlanc meme "ruined" after Simon Harris joins in with Fine Gael joke
Next Page