What a generous show of support...

Ahead of this evening's Merseyside derby at Anfield, Liverpool captain Steven Gerrard has donated the poignant sum of £96,000 to the Hillsborough Family Support Group.

According to BBC News, Gerrard, who's cousin Jon-Paul Gilhooley died at Hillsborough aged 10, said that the donation was something he had "wanted to do for a while" but "wanted to get the timing right. It's to send a message of togetherness out as well," he went on to say. "I know there's a bit of banter in the stands when the game's going on but, for me, the Everton fans have been superb since Hillsborough".

He added: "I think it's good timing to send this out now, just before the Merseyside derby, but also there's a huge thank you from not just myself but from all the Liverpudlians and all the help and support the Everton fans have given us with this. When there is a tragedy in this city, you do get touching moments. It does unite and it does make you feel like you are part of such a special city." 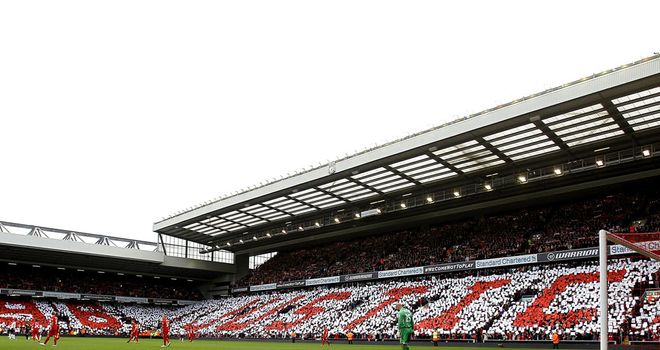 Ninety-six Liverpool fans died as a result of a crush at Sheffield Wednesday's Hillsborough ground during Liverpool's FA Cup semi-final game against Nottingham Forest, resulting in the worst sporting disaster in England's history.

Following that event, the Hillsborough Family Support Group was established in 1989 and, along with the Hillsborough Justice Campaign, has been leading the fight to discover what happened that tragic day.

Liverpool face Everton at Anfield at 20:00 this evening, with the winner of the match taking fourth place in the Premier League table.

popular
One of the best action movies of recent years is finally available to watch at home
The JOE Movie Quiz: Week 138
Jim Carrey's greatest performance is among the movies on TV tonight
QUIZ: Give this General Knowledge Quiz a whirl
The JOE Friday Pub Quiz: Week 278
QUIZ: Can you name every Batman actor in three minutes?
QUIZ: See if you can ace this General Knowledge Quiz
You may also like
2 months ago
Police issue warning over CCTV footage of Liverpool bomb explosion
2 months ago
Liverpool bomb declared a terrorist attack as police confirm fourth arrest
2 months ago
Liverpool bomb: Taxi driver "locked bomber inside car" after spotting explosives (Report)
1 year ago
Gini Wijnaldum shares his favourite gym exercises for building abs of steel
1 year ago
Armed police close gym near Liverpool after owner refused to shut doors
1 year ago
Jurgen Klopp sends brilliant letter to 10-year-old Manchester United fan from Donegal asking him to stop winning
Next Page