Dublin Fire Brigade gets set to run from Dublin to Belfast while pushing a half-tonne pump...

The lads and ladies of the Dublin Fire Brigade already do enough to help out the people, but they’re getting set to run from Dublin to Belfast while pushing a half-tonne pump all in the name of charity.

On August 1, 48 fire-fighting men and women of the Dublin Fire Brigade are going to run from Swords Pavilions to the Kings Hall in Belfast all in the name of charity. A mere 168km on a nice summers day, shouldn’t be a problem, right? Well, the problem (for us mere mortals) is that they are doing it non-stop whilst pushing a 1/2 tonne fire pump. Needless to say, it’s not your average walk in the park.

So why are they going to all this hassle? The Fire Services have a long history of raising money for worthy causes through pump pushing. Some of the earlier events are Northern Ireland Fire Service running to Dublin in 1976 and the Dublin Fire Brigade running to Galway in 2002, while wearing breathing apparatus (pictured below). 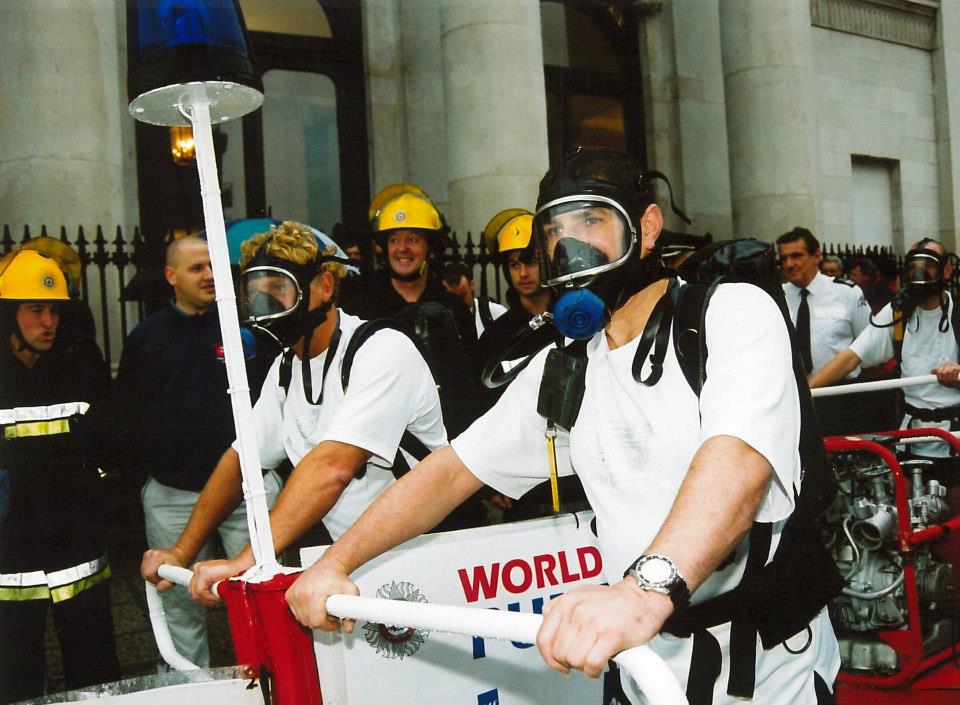 So far the lads have had their Launch with the Dublin Mayor in the Mansion house (pictured below) and they’ve been invited up to the Assembly’s Health Committee in Parliament Buildings in Belfast to promote this year’s World Police and Fire Games. 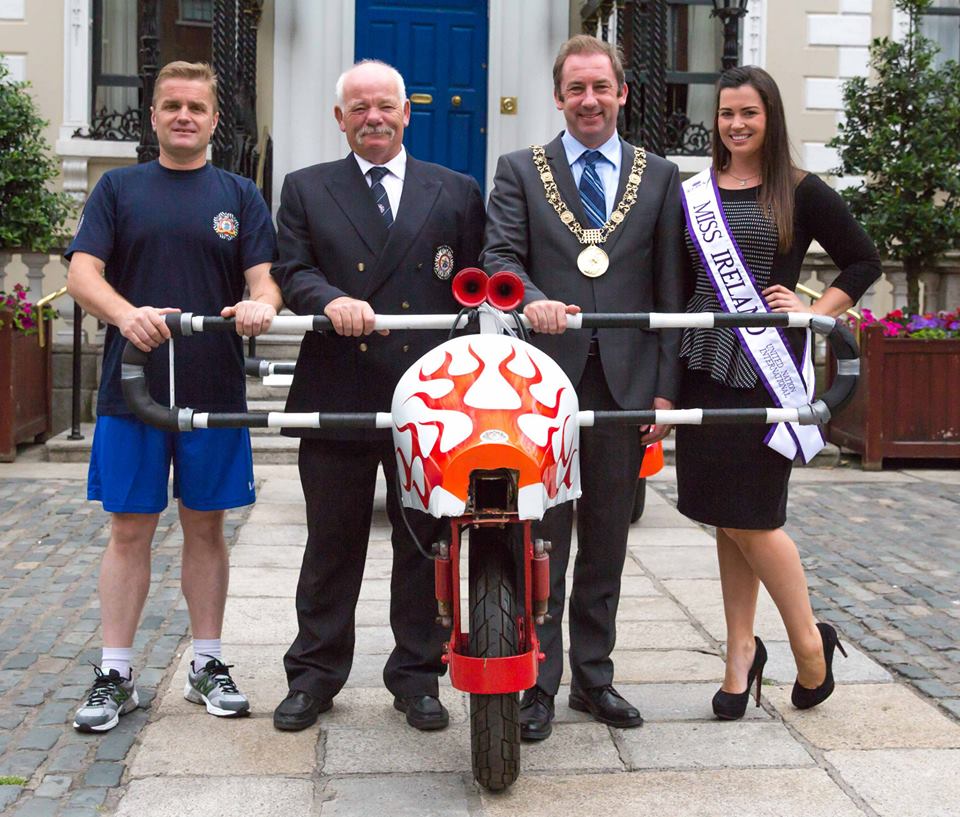 The Games is the third largest international multi-sport event in the world (after the Olympics and the World Masters). It is almost three times the size of the Commonwealth Games in terms of competitor numbers and is expected to attract over 25,000 people this year.

The DFB Pump Push 2013 is aiming to raise funds and awareness for 3 brilliant home-grown charities including:

The arrival in Belfast will be shown on the BBC as part of their coverage of the World Police & Fire Games.

For more information on the Dublin Fire Brigade’s pump push check out their Facebook page.

They’re also twittering away on #pumppush2013 and they have a my charity button for those who'd like to donate which can be found by clicking here.

From everyone here at JOE we'd like to wish the Dublin Fire Brigade the best of luck!

popular
Netflix has just added an incredibly tense 97-minute thriller
A county-by-county breakdown of the average rent in Ireland as rent inflation reaches record high
Nearly 100 flights delayed at Dublin Airport on Monday
18 counties hit with weather warning as temperatures set to reach 29 degrees
WhatsApp introduces way to choose who can and can't see you're online
Irish person dies after drowning in Spanish resort swimming pool
QUIZ: Can you get top marks in this short but tricky Irish geography quiz?
You may also like
2 weeks ago
COMPETITION: WIN an overnight stay in Belfast and two V.I.P attraction tickets
1 month ago
Motorcyclist dies following collision in Belfast
3 months ago
Get your tickets NOW! This incredible live music event is the perfect way to kickstart the summer...
4 months ago
Woman in her 80s burgled twice in two days
4 months ago
Man charged in connection with hijacking and bomb hoax in Belfast
4 months ago
Ireland's Kenneth Branagh wins Oscar for Belfast
Next Page