JOE was recently at Sky Sports HQ to have a chat with the Sky Sports panel about the new season, and got the inside scoop on Suarez from Carra.

JOE jetted in to Sky Sports HQ to chat to all the football pundits that we'll be hearing from this season from Gary Neville and Jamie Carragher to Jamie Redknapp, Graeme Souness Alan Smith, Dwight Yorke, and Niall Quinn. The lads waxed lyrical about transfer sagas, player power, and a few other hot topics. We also ran in to Hayley McQueen and said hello to her like we knew her, since she's on our TV all the time. Smooth, JOE, smooth...

Sky kicks off its biggest ever Premier League season with live coverage of Swansea v Manchester United on Sky Sports 1, Sky 2 and Pick TV on 17 August, so make sure you're signed up to catch all the action.

JOE: Lads, what would you do with Luis Suarez?

Graeme Souness: I think in the modern game whether it’s Suarez or anyone else, I think they can force the issue. When you think of the value of the player, maybe unless you’re Manchester City or Abramovich, can any other club make it stack up financially? It’s very hard once a player digs his heels in and says I just don’t want to be here. It puts you in a very difficult place. If they want to make a real stand on it, they need to have the financial clout to go and say forget it.

JOE: What do you make of John Henry's statement?

Graeme Souness:I think it’s fantastic. Let’s see if it remains like that. He’s making a statement not just for Liverpool but for football. It will be very difficult for him because today it’s £40m or £45m or £50m, he digs his heels in and a year from now what is he worth and they won’t have the cash to go out and replace him. Your season would suffer, the club would suffer. Liverpool obviously have to try to get back into the big time, the Champions League.

JOE: Are the fans misguided if they expect loyalty from a player these days?

Gary Neville: I think they’ve probably seen enough over the last 15/20 years to know that players come and go, more quickly than they did before maybe. I don’t know the average stay of a player in the Premier League compared to how it was 20 years ago but I’d imagine it’s probably less. I think that in any walk of life, and we’re always quite harsh on football because it’s in the media spotlight and I suppose football players are expected to behave differently. 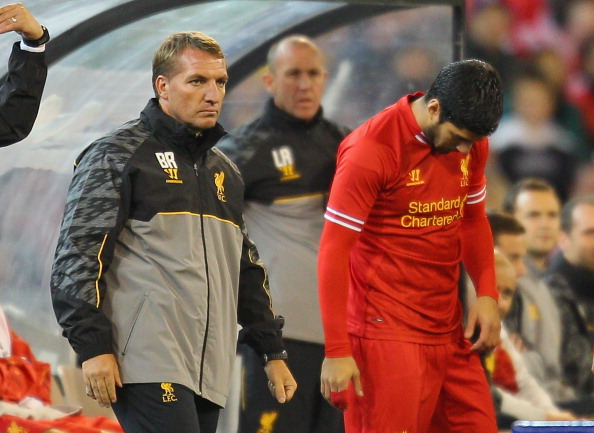 JOE: Has Suarez gone about the move in the right way?

Gary Neville: If the reports are true that they’ve had to make him train on his own because he’s not been particularly interested in training, then you’ve got a big problem. That tells you more about your character. As long as you keep your personal standards up, all right you want to leave but you still train hard, you still do the right things, you still turn up, you still represent the club in the right way, I think that is disappointing for everyone that supports or has played football.

JOE: Niall, you've been a chairman, what happens behind the scenes in these situations?

Niall Quinn: As chairman you have to look at it and hopefully work with your manager to get the right result for the club. If there’s a breakdown in that, if the chairman wants one thing and the manager wants another, you’ve a problem. To me, how it looks at Liverpool right now, they’re on a journey, the owners are on a journey, they believe there’s a journey happening where they’re getting back to greatness and you’ve got to have people who want to be on that journey with you.

Graeme Souness: If you go back a couple of years, you had the same scenario with Torres.  You end up with all that money but, wherever you go to spend that money, there's a premium to be paid. That happened to Liverpool the last time and you know the clock's ticking, the transfer window will soon be closed, so they'd find themselves in a very difficult place if they cashed in now and thought they could go out and do smart deals.

Gary Neville: Sorry's a big word you know, and fans are very accepting of that word. I think if he says 'Look I've been a little bit silly, I'm sorry about that', you can definitely pull it back.

JOE: Jamie, what did you say to Luis Suarez when you were coming off the pitch?

Jamie Carragher: (Laughs) I told him to stay. And it looks like he will do, won't he? With what John Henry has come out and said. If he goes back on that he will make himself look stupid really, if Luis does go on to move to Arsenal or somewhere else, so it looks like he is going to be a Liverpool player.

JOE: As players, how much are you privy to in these sagas?

Jamie Carragher: To be honest I just played in Stevie's testimonial. That's all I know. I trained the day before, I played in the game and Luis wasn't his normal self. There was a lot going on at the time and obviously there still is. When you're at the club you are aware, but you have got to concentrate on yourself. You have got a tough pre-season and you have got to get yourself ready for the season. I think now Brendan Rodgers has taken him out of the group because he may be having an effect on the rest of the team.

JOE: With regards to Wayne Rooney, how do you see that saga playing out?

Dwight Yorke: Well listen, I know Wazza and speak to him intimately. I spent some time around him, and you know what, the guy just wants to play football. He doesn’t feel he’s getting the playing time at United that he deserves, and if that has happened to someone of his quality, when he's coming into his best form at his age, the best time of your playing career, all he wants to do is play, and be loved and be told that he’s great.

Jamie Redknapp: People miss a big point by not remembering that he’s got two years left on his contract. From a business point of view, he has to either now sign a contract, or in a year’s time he’s worth £10 million to the club. I do believe clubs are looking more sensibly at how they do their business, so you’ve either got to say sign another year and say you’re going to be here for the rest of your career, or they’ve got to make a decision. That’s why I think we’re coming to a crossroads where either he goes or he signs a new contract. I don’t think there’s any in between. 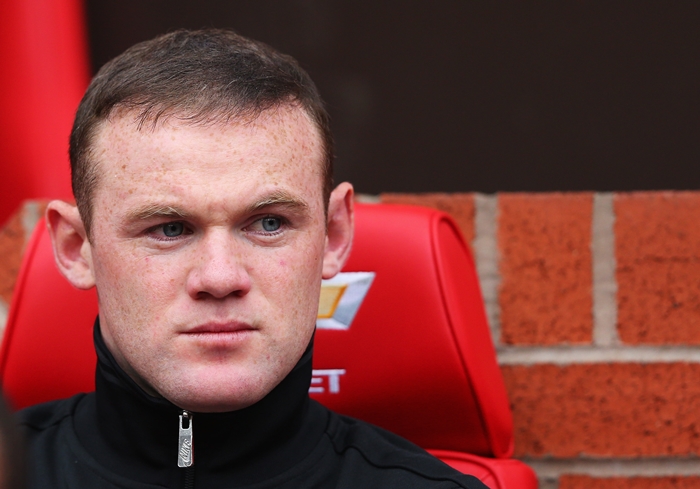 JOE: Do you think he'll regret it in years to come if he moves now?

Dwight Yorke: I think that he’s at, in my opinion, the best club and if he does go to any other club that would be a regret, in my opinion of course. He may not see it that way, he’ll feel very strongly I know in his heart, that he’ll feel like he needs a change, but we tried to tell him that United is the best place for him.

I can't see him moving to Chelsea though. If they were to lose him to go to Chelsea, then Mourinho looks like the world beater, and then people will look at Moyes and say 'well hold on a minute, this is one of the best players, how is that possible?'.

JOE: David Luiz has been rumoured as a possible transfer target for Barcelona also...

Jamie Carragher: I think he could be a brilliant player for someone like Barcelona. The problems he has at times are highlighted more in the English game and you’ve got to remember how young he is. Centre-back is a position where you get better with age, maturity, experience. I think towards the end of the season, he really improved. There was talk of him being Chelsea captain so he’s obviously got leadership qualities as well. It’ll be interesting to see how Mourinho uses him if he keeps him. 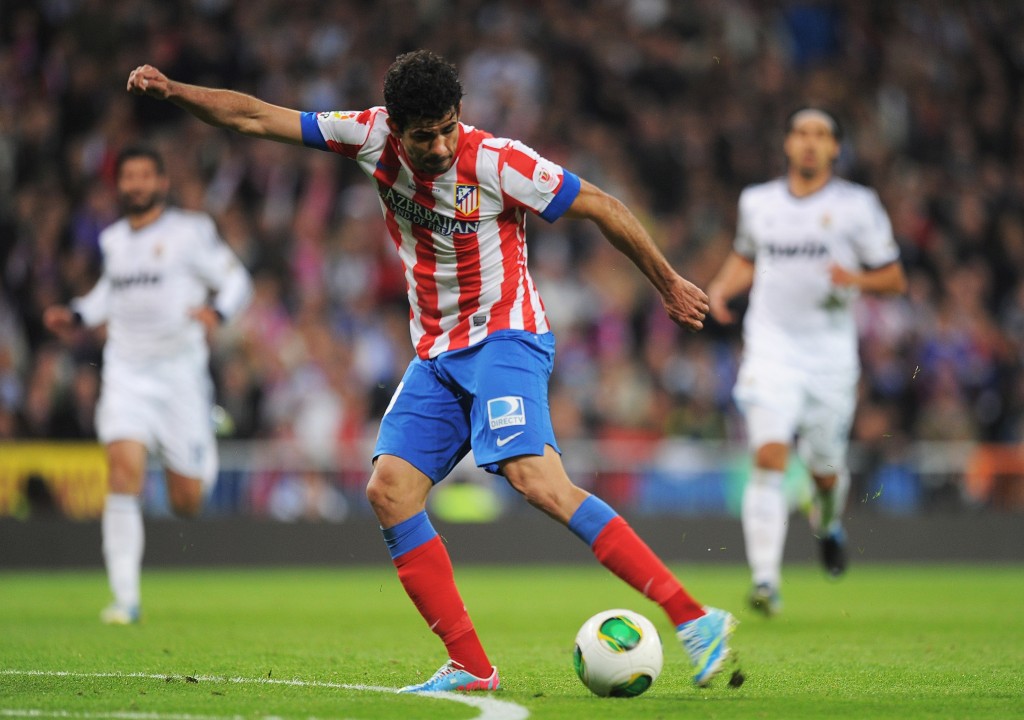 JOE: What about Liverpool's interest in Diego Costa? He seems like he'd be a handful for opponents too.

Jamie Carragher: You’ve got to replace Suarez if he goes! In a perfect world you don’t want a player that's going to cause a lot of trouble but it’s the player you’re after, that’s the most important thing, what he’ll bring to the side. He looks a handful, on and off the pitch. He looks a good player for Atletico Madrid. They’ve been a really good side the last few years. They won a European trophy under Simeone, beat Madrid in the cup final, and I think he scored in that game. So he’s doing it at the highest level really. If Liverpool get him, he’ll be a great signing.

popular
Netflix has just quietly added 12 big movies to its library
Gardaí deny asking Cork shop to stop selling Animal Bars
HSE urges public to stop using popular e-cigarette
Wagatha Christie: Rebekah Vardy storms out of court just 30 minutes into final day
The 50 most iconic songs of all time* have been revealed
Man dies after being struck by lorry in Tipperary
QUIZ: Can you name all the US States that contain 8 letters?
You may also like
9 months ago
Five football documentaries to watch to kill time before the new Premier League season
1 year ago
In an uncertain world, David Luiz provides the reassurance we all need
2 years ago
Arsenal manager Mikel Arteta tests positive for Covid-19
2 years ago
People of Cork, the Premier League roadshow is coming to town
2 years ago
They're making a cartoon show about Manchester City for some reason
2 years ago
The Coca-Cola Premier League roadshow is coming to Galway this weekend
Next Page